The Bougainville police are calling on residents to report cases of rape and sexual offences rather than try to mediate cases within the village. 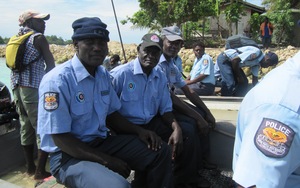 The North Bougainville police commander, Spencer Aili, says 13 sexual offences were reported between May and June this year, but there are many more cases not reported.

He says three out of thirteen suspects have been formally arrested and charged.

Inspector Aili says alcohol and drugs are the main cause behind the offences, but he is also concerned about the factors causing people to address the problem within the village.

"So any such offences committed in the community, they can report it quickly to the police station so that we can attend to it, rather than solving this matter back in the community by way of mediation."