The Solomon Islands Electoral Commission says it will be consulting local media for the first time before developing its new code of conduct for journalists covering the upcoming national elections.

The commission will be hosting a workshop in collaboration with the Media Association of Solomon Islands on Saturday.

The commission's chief electoral officer, Polycarp Haununu, says it is a chance for journalists to have their say on the code. 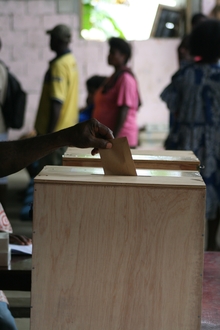 Mr Haununu says the media play a vital role in elections and have a responsibility to fairly and accurately report on candidates and policies, explain the voting and registration processes and publicise the election results.

He says the code of conduct will be designed to make sure journalists can access the information they need, without disrupting the voting process.

A 'Code of Conduct for Media and Independent Election Observers' was developed for the 2010 election but this is the first time media will have direct input in the process.