A United States fishery scientist says the US President's vow to dramatically increase a no-fishing zone in the Pacific is nothing more than a gesture.

Barak Obama has declared war on illegal fishing, signalling he will use executive powers to bypass Congress to increase the Pacific Remote Islands Marine National Monument over seven times to more than a million square kilometres. 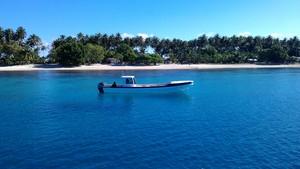 But a senior scientist with the Western and Central Pacific Regional Fisheries Management Council, Paul Dalzell, says the move will hurt US fisheries more than the distant water nations that have been blamed for depleting stocks.

"It will have no conservation benefit on tunas and other highly migratory species. They move about so if they're not subject to fishing mortality in one area, they may be in another. And we just don't see this as anything more than really sort of being a gesture more than anything else."

Paul Dalzell says some areas around US territories have greatly benefited US fleets, which will be threatened by the huge expansion of the closure areas.