Papua New Guinea's Supreme Court will today consider a bail application and appeal for the country's Police Commissioner, who was sentenced to 21 months in prison on Friday night. 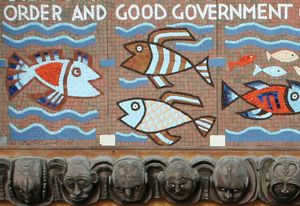 Tom Kulunga was convicted on contempt of court charges for failing to reinstate Geoffrey Vaki as Assistant Commissioner of Police Operations after he was suspended in 2012.

Our correspondent Todagia Kelola reports that Mr Kulunga's lawyers were able to keep him out of the cells in the interim.

"Mr Kulunga was taken into the cells of the national court. By 9 o'clock at night, they went in the chambers before Justice Ere Kariko who has granted Mr Kulunga a ten thousand kina bail. There was not argumwent for bail as yet but on Monday the Supreme Court will go ahead to hear the appeal and at the same time thr bail application for him."

Todagia Kelola says the judge granted bail in advance because of Tom Kulunga's standing and because an appeal had been filed.