Court proceedings for one of seven groups facing charges relating to riots at the Australian-run asylum seeker detention centre on Nauru last year have been adjourned until Thursday.

Yesterday, a defence lawyer John Rabuku submitted an application on behalf of his group asking for an adjournment to allow Australian lawyers to assist with the case.

The 63 asylum seekers charged after July's riots have been divided into seven groups by their ethnicity and language groups. 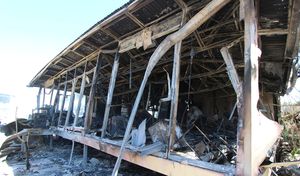 The prosecutor, Livai Sovau, objected the application, questioning its timing and saying that it was something that could have been addressed earlier in the proceedings.

Also on Thursday, two asylum seekers who were convicted of riot and unlawful assembly in May will be sentenced.