Save the Children in Solomon Islands says it's disappointed with the low level of funding coming in after last month's floods. 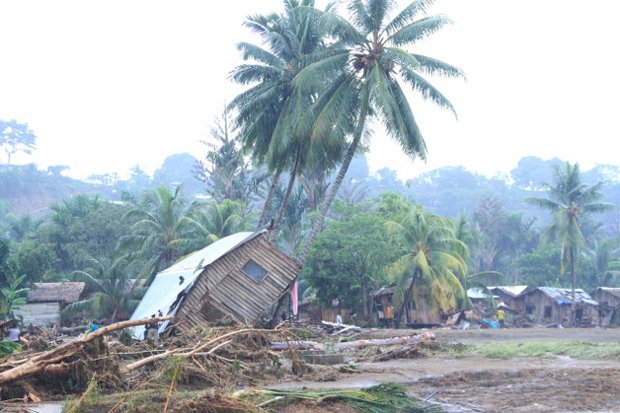 Homes have been left uninhabitable after the flooding. Photo: SAVE THE CHILDREN

It says the immense amount of rain that fell on Guadalcanal resulted in the country's worst ever disaster.

The agency's logistics and emergency manager Graham Kenna says the scale of the destruction is huge with people losing homes, relatives and livelihoods.

He says 8000 people are still living in evacuation camps in Honiara.

He says more relief is desperately needed as supplies of tarpaulins and buckets are starting to run out.

"Well over half the population were affected in some way by the flooding. If you had that in a scale in a developed country, the whole world would be throwing money at it. But there hasn't been a great deal come in for the Solomon Islands. I think it's gone off everyone's radar at the moment."

Save the Children's Graham Kenna says some bridges are still out so equipment is being taken by boat to people in need.