Philip Brownlee: Sparks Among the Geysers

As well as being one of our sound engineers here at Radio New Zealand Concert, Phil is an accomplished composer and sonic artist, writing music for both instrumental and acousmatic media. He has a PhD in Composition from Victoria University, and has worked with many of New Zealand’s leading contemporary musicians. His works have been performed in festivals in Asia, Europe and the United States.

Sparks Among the Geysers was written in 2003, commissioned by Stroma, who feature in this recording from its premiere. The instrumentation is for flute, oboe (doubling cor anglais), clarinet, bassoon, horn, trumpet, trombone, percussion and double bass. 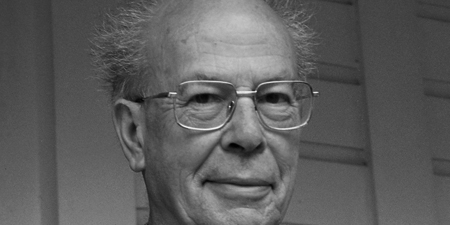 David Farquhar studied with Douglas Lilburn at Victoria University. After completing a Master of Arts in the UK, he returned to the teaching staff at Victoria, where he stayed for over 20 years. He was the Founder-President of the Composers’ Association of New Zealand in the seventies, and was made a Companion of the New Zealand Order of Merit in 2004.

His solo piano work Sun and Shadow was composed in 1986, for the posthumous launch of Frederick Page’s A Musician’s Journal. Farquhar dedicated the piece to Frederick and his wife Eve. It conjures up images of the Impressionist art and music they both loved. The work also featured in a special concert in 1998 to celebrate David Farquhar’s 70th birthday.

Sarah Watkins recorded this piece for Radio New Zealand Concert last year, as part of the re-record project in collaboration with SOUNZ The Centre for New Zealand Music. 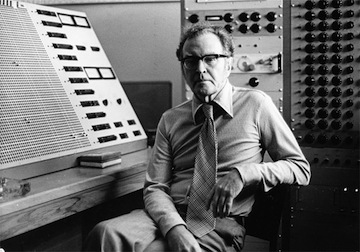 His Symphony No 2 was composed in 1951, and can be seen as a key work in his development: the first two movements show discernable overseas influences, giving way to the more individual voice of the last two movements. This recording is from 1974, and Alex Lindsay conducts the New Zealand Symphony Orchestra. It was made just months before Lindsay’s sudden death, and has been digitally re-mastered for this Resound broadcast.