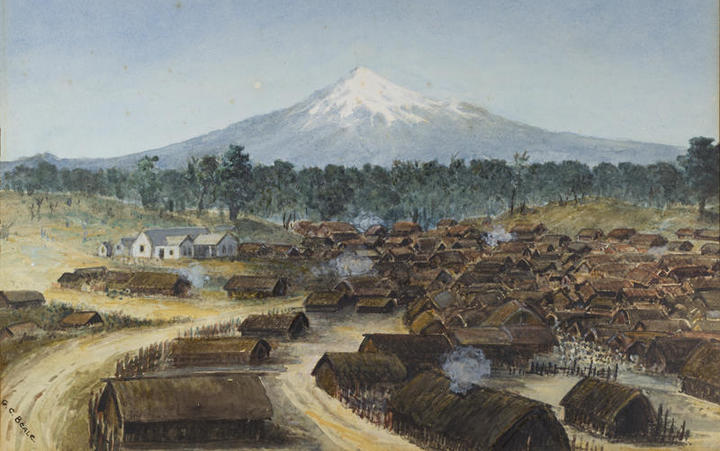 The road from Dunedin city proper to the Otago Peninsula is fenced in on one side by sheer cliffs. The two-lane road threads its undulating way between these cliffs on one side and the harbour on the other. It was on such a drive that composer Anthony Ritchie noticed heavy metal doors set into the cliffs, like the foreboding entrance to a prison.
As Ritchie found out, that’s essentially what these doors were. Ritchie writes: “A friend informed me that, during the 19th century, Māori prisoners were kept there at night and worked on the Otago Harbour land reclamation during the day. Some of these prisoners were brought down to Dunedin from Taranaki in the North Island, as a result of the conflict in 1881 at Parihaka”. 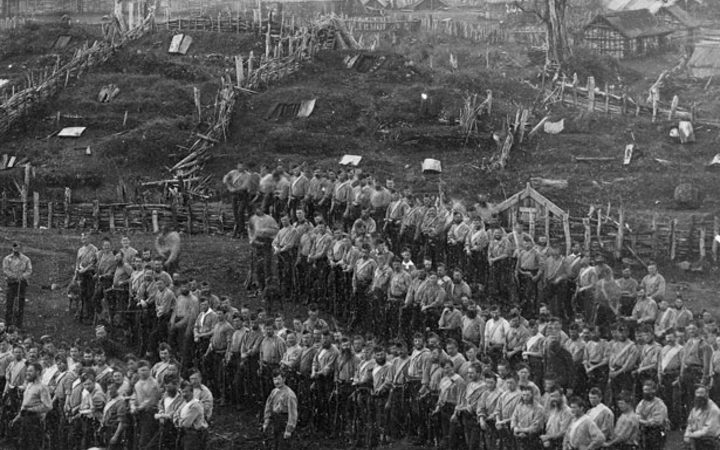 At the time of this work’s first performance in 1994, the story of Parihaka wasn’t particularly well-known. Now, Parihaka is increasingly recognised in the history of both Māori and international non-violent resistance to oppression. The New Zealand land wars and subsequent land grabs by Pakeha speculators inspired Māori leader Te Whiti to resist through non-violent means, ploughing fields, building fences and founding Parihaka as a means of thwarting Pakeha settlement. Parihaka became a thriving village of non-violent resistors. When armed government troops invaded Parihaka in November 1881, they were met by children chanting songs, and silent adults, who had baked bread to feed the soldiers. In answer, Te Whiti and his fellow leaders were arrested, the village was destroyed, women were reportedly raped, and remaining men deported to Dunedin, sentenced to hard labour and imprisonment within Otago cliffs. 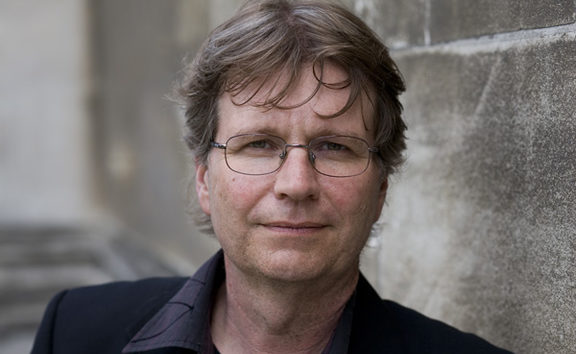 Ritchie writes: “'Remember Parihaka' attempts to sum up my thoughts and feelings about the events at Parihaka. The slow opening is peaceful, like a sun rise […] Flutes and oboes announce a chant-like theme, based on an actual song composed at the time of the incident. This ‘Māori’ theme alternates with a more European-sounding theme on solo violin, accompanied by an Irish drum, the bowron. At the heart of the piece the various melodic ideas come together over a grinding, relentless bass”.

'Remember Parihaka' commemorates both the tragedy of Parihaka, but also the unmistakable heroism of its inhabitants, who held relentlessly onto their principles of peace. (Notes: NZSO)

The New Zealand Symphony Orchestra is conducted by Miguel Harth-Bedoya. 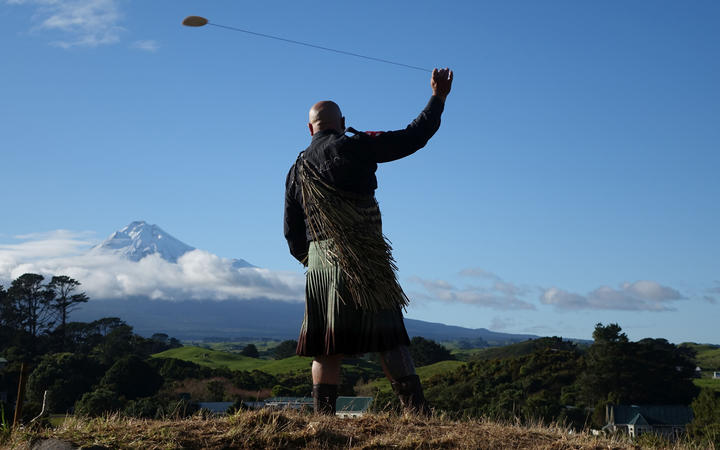 Rangi Kipa swings a purerehua (Māori musical instrument) at the Taranaki settlement of Parihaka ahead of the Crown's 2017 formal apology for the military invasion of 1881. Photo: RNZ / Robin Martin