While much of the world was enjoying the roaring ‘20s, in New Zealand one of the hottest tickets was to a ball held regularly in a giant cave on the remote northern tip of the Manukau Harbour. 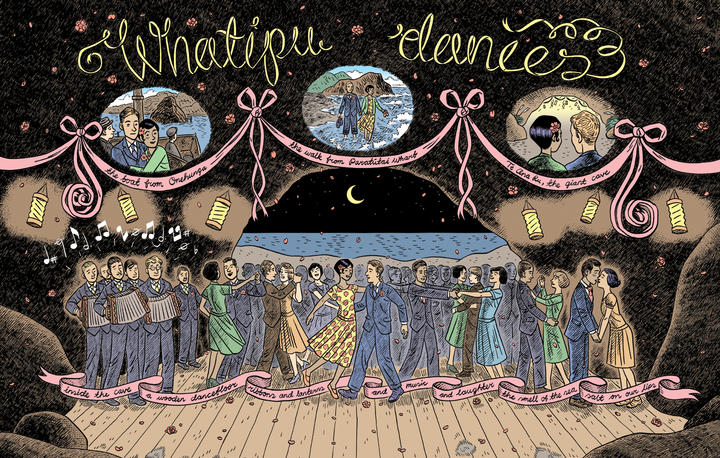 The Legend of the Whatipu Cave Dances by Dylan Horrocks. Photo: Supplied

Composer Ben Hoadley writes, "Guests arrived on horseback and by ferry to Whatipū Lodge, and then walked in their finery for more than a kilometre through the rugged coastal terrain to reach the cave, named Te Ana Ru, to dance well into the early morning to music played mostly on accordions. 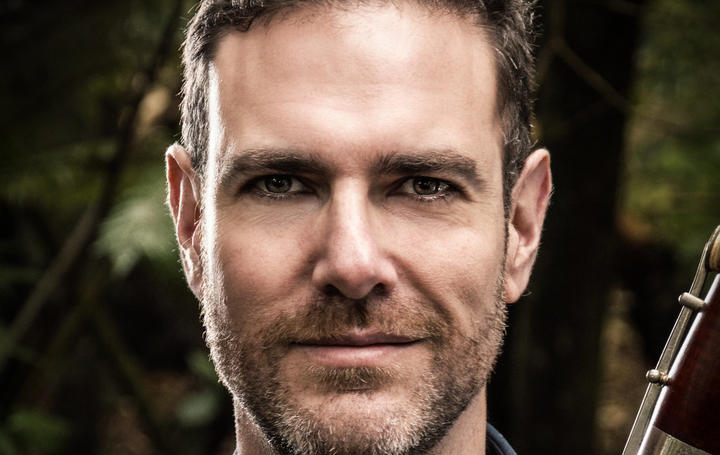 The dances remained wildly popular for many decades, a history that sits uncomfortably now when one considers that the area is of huge spiritual and ecological significance.

While definitely giving a nod to the 1920s, my piece 'Cave Dances' doesn’t try to reconstruct the popular dance music of the time, but rather aims to evoke the mood of these events, the picture I have in my mind of them, and just the sheer incongruity of the venue. 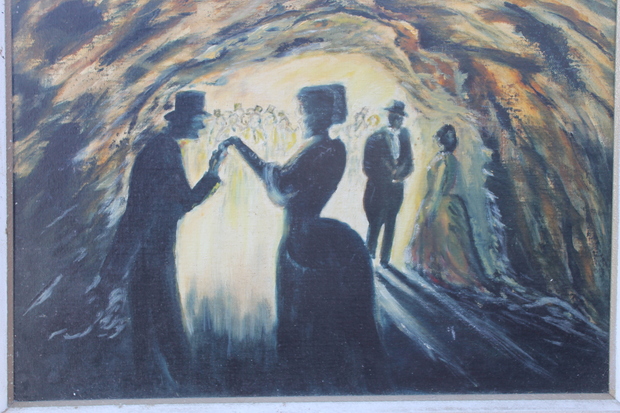 Written in three parts, I’ve woven a narrative into the music, but invite listeners to imagine their own images while hearing the work. The outer movements are obviously the more dance-like, with the middle movement suggesting the dark corners of the cave and surrounding beach and bush to which couples would often disappear into during the evening."

'Cave Dances' is performed at a Chamber Music New Zealand concert called 'Tales of the 20's'.

Recorded on 27 October 2020, at Auckland Concert Chamber, by RNZ Concert