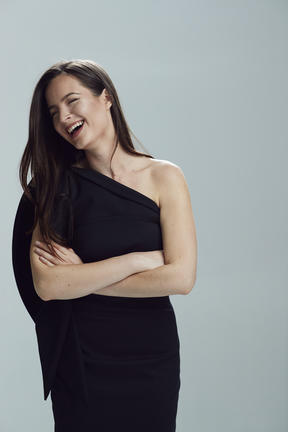 ‘Amalia & Friends’ was a series of concerts to celebrate the return of live music, and the important place it has in all our lives, after the first Covid-19 lockdown in 2020.

These Orchestra Wellington performances at St. Andrew's on The Terrace in Wellington approach the experience that Mozart’s original audiences would have enjoyed.

Many of his works were performed in churches, or in cathedrals such as the one in Salzburg, where Mozart was employed.

His music was written with these kind of spaces in mind, with the soft, rich resonance that high ceilings, wooden beams and ornate plasterwork provide.

Other works were premièred in the private salons of his wealthy patrons, making them an intimate experience for small audiences who could observe the performers closely.

Mozart would lead the performances from within the orchestra or as soloist, as Amalia Hall does here. 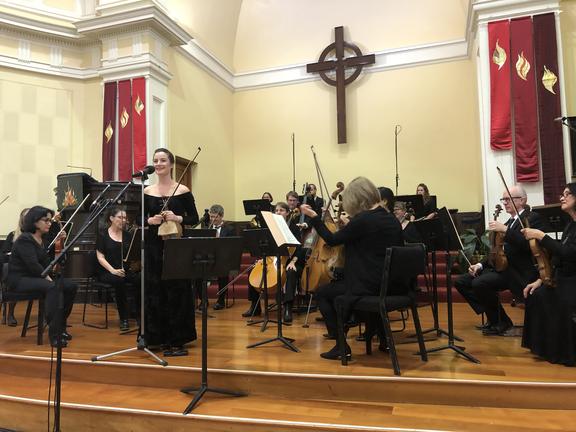 The Linz Symphony was written in late 1783 on the way home from a visit to Salzburg, during which Mozart hoped to effect a reconciliation with his father, who refused to accept Mozart's marriage to his wife Constanze. The strained atmosphere meant that the couple’s trip home must have been an enormous relief, especially when, on their way through Linz, they were given an enthusiastic welcome by Count Franz Joseph Thun. 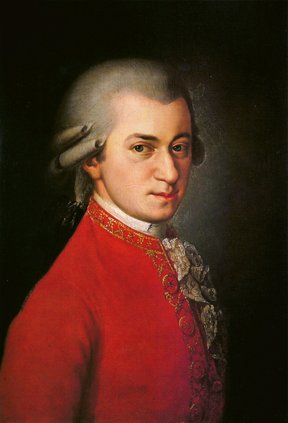 The Count urged Mozart to give a concert.

Mozart had no symphony scores with him but he must have had this work fully outlined in his mind, for he wrote it in an outpouring of music over just four or five days.

Members of Orchestra Wellington with Amalia Hall as director were recorded on 20 June 2020 at St. Andrew's on The Terrace, Wellington by RNZ Concert

You can listen to the rest of the series here