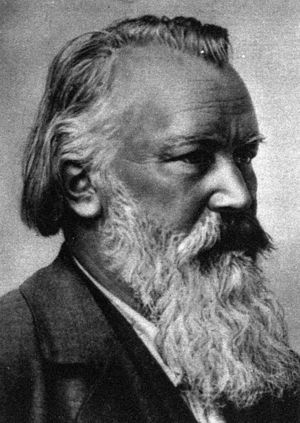 Clarinet Quintet in B minor Opus 115

In the period 1880-85, the Meiningen Orchestra was conducted by one of Brahms’ champions, Hans von Bulow. Brahms came to know and love the playing of the orchestra’s clarinettist, Richard Mühlfeld, describing him as “the nightingale of the orchestra”.

Brahms possibly started work on a clarinet quintet as early as 1888, but it wasn’t until 1891 that he completed both the Clarinet Trio Opus 114 and the Clarinet Quintet Opus 115, with both works premièred later that year by Mühlfeld, Brahms and the Joachim Quartet. One commentator wrote of the performance: “This dialogue between the violin and the clarinet cannot be forgotten by any who had the happiness of hearing the Quintet interpreted with Joachim and Mühlfeld in these parts. The clarinetist seemed to express in the pianissimo phrase the inmost secrets of the human heart in a mood of passionate rapture”.

From the beginning of the Quintet there are reminders that Brahms saw himself as coming to the end of his creative life – he had decided to retire as a composer in 1890 but was inspired to write again by Mühlfeld’s playing. A sense of nostalgia imbues the work through a combination of the melancholic tone Brahms elicits from the clarinet, and his fondness for melodic development, which sees the opening material recalled as a basis for themes in all four movements. After the opening sonata form Allegro, notable for its blending of the instrumental sounds, the Adagio second movement gives the clarinet a starring role, allowing the player to exploit the instrument’s full variety of tone colours. The final two movements are lighter in mood and relatively short, though long enough for the Con moto to demonstrate Brahms’ penchant for the variation form, with the initial theme in violin followed by five elaborated versions. 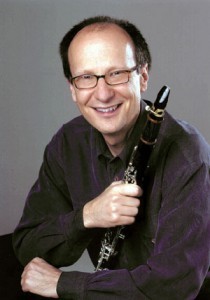 Canadian clarinettist, James Campbell has performed solo and chamber music concerts in thirty countries in many of the worlds great concert halls. He has been soloist with over sixty orchestras, including the Boston Pops, the London Symphony and the Russian Philharmonic.  He has appeared with over thirty string quartets, including the Amadeus (when he replaced an ailing Benny Goodman on a tour of California), Allegri, St Lawrence  and New Zealand String Quartets.

His accolades include being awarded awarded a Juno (Canada’s Grammy), Canada's Artist of the Year, the Queen's Golden Jubilee Medal and Canada's highest honor, the Order of Canada. He has more than forty recordings to his name

James Campbell has been Professor of Music at the prestigious Jacobs School of Music, Indiana University since 1988. 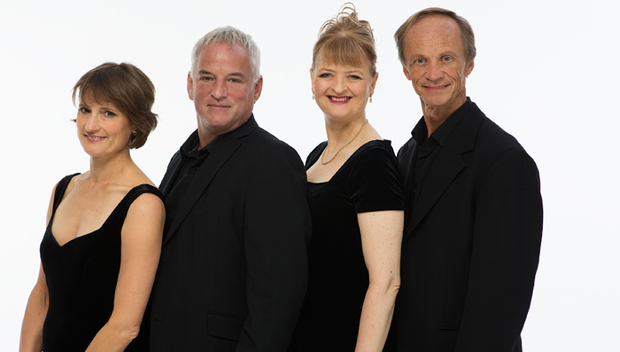 With its dynamic performing style, eloquent communication and beautiful sound the New Zealand String Quartet has forged a major career in the busy international chamber music field, earning the acclaim of critics and the delighted response of audiences. The Quartet has particularly distinguished itself through imaginative programming, insightful interpretations of the string quartet repertoire including cycles of composers’ music from Mozart to Berg, and the development of an international audience for important new works from New Zealand composers.

Quartet members play a central role in the biennial Adam Chamber Music Festival in Nelson, New Zealand; two members of the Quartet are Artistic Directors of this Festival and the ensemble plays in many of the concerts of the ten day event, working with international guest artists.