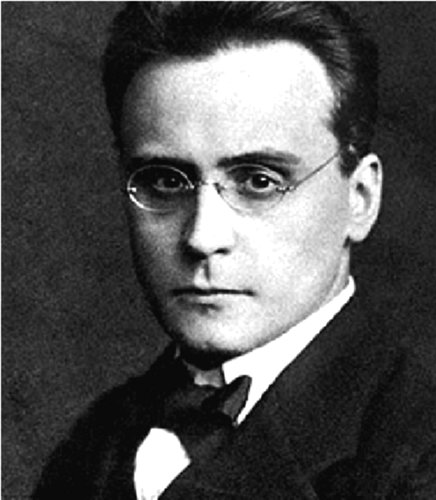 Anton Webern was associated with the Second Viennese School. This close circle of composers centred around Arnold Schoenberg and often saw themselves as an island surrounded by mediocrity and hostility. Webern's devotion to Schoenberg was so intense it bordered on the fanatical.

Webern's Six Pieces for large orchestra  was composed in 1909 for an orchestra of Mahlerian dimensions but he scaled it back considerably in a 1928 revision. It premiered in 1913 at a concert that came to be known as the ‘Skandalkonzert’. A riot so big broke out that the concert was unable to be finished. It wasn't Webern's work that caused the riot however, but his friend Berg's.

He has also excelled in the field of opera since making his debut with the Royal Opera in Copenhagen in 2000 with ‘La Boheme’.  Since then he has also conducted many of the great Italian works including ‘Falstaff’, ‘La Traviata’, ‘Il Trovatore’ and 'Aida'.

Giordano Bellincampi was born in Italy and moved to Copenhagen at a young age, beginning a career as a trombonist with the Royal Danish Orchestra before making his professional conducting debut in 1994.

The Auckland Philharmonia Orchestra is Auckland’s leading performing arts organisation, and the city’s resident full-time professional symphony orchestra. Renowned for its innovation, passion and versatility, the APO collaborates with some of New Zealand’s most inventive artists, including recent performances with leading Auckland hip hop artists in its Remix the Orchestra series.