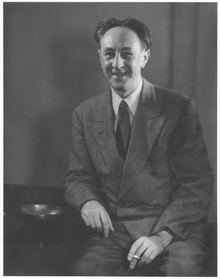 La Revue de Cuisine is a one-act ballet written in 1927; one of three ballets he wrote that year. It is based on a scenario by the choreographer Kröschlová – this “Kitchen Review” refers to a love triangle between newlyweds Pot and Lid, and the Twirling Stick. The Broom gets involved, and Dishcloth appears to save the day. The four-movement suite has a light, humourous quality, with jazz elements throughout.

The performers from the Auckland Chamber Orchestra on this recording are:

American composer George Antheil began his professional career in Europe, moving back to the United States to settle in Hollywood. He wrote over 300 works in all the major genres, including symphonies, chamber works, film music and operas.

Antheil originally wrote A Jazz Symphony in 1925, and it was premiered at Carnegie Hall. The initial scoring of the work was for a very large ensemble (including three pianos), and Antheil went on to write a reduced version in 1955. The version in this podcast is a later arrangement by Milton Phibbs, for an even smaller ensemble.

After its premiere the work received critical acclaim from George Gershwin and Aaron Copland, and it was considered one of the first works to openly and successfully display a jazz influence in a classical context.

The performers from the Auckland Chamber Orchestra on this recording are: 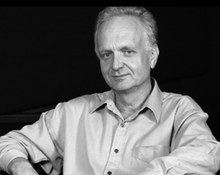 Peter Scholes pursues a dual career as a conductor, clarinetist, and composer. He was the founder, and is currently Musical Director, of the Auckland Chamber Orchestra. He studied conducting with Juan Matteucci and has conducted all the professional New Zealand orchestras as well as orchestras overseas.

He was principal clarinet with the Auckland Philharmonia Orchestra from 1980-1993, and has lectured at both the University of Auckland and Waikato University.