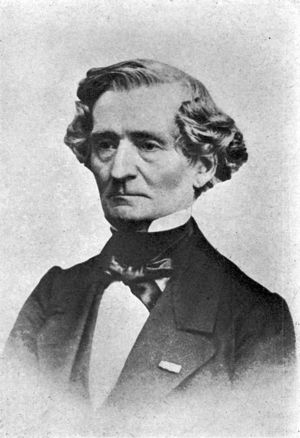 In his Symphonie fantastique, Hector Berlioz uses the orchestra to spin a vivid and wonderfully dramatic story. Composed when he was just 26, it is a deeply personal work inspired by a night at the theatre.

On 11 September 1827, Berlioz attended a performance of Shakespeare’s Hamlet with the Irish actress Harriet Smithson playing Ophelia. He immediately fell deeply in love. As he recounted in his Memoirs, "The impression made on my heart and mind by her extraordinary talent, nay her dramatic genius, was equalled only by the havoc wrought in me by the poet she so nobly interpreted. That is all I can say.’"

In an effort to win her heart, Berlioz determined to write a symphony so magnificent it would bring his talents (and his love) to her attention. First performed in December 1830 at the Paris Conservatoire, the work was both controversial and revolutionary. Structured into five movements (rather than the more traditional four) and employing modern developments in instrumental technology – including the scoring of valved trumpets and doubling both the harps and timpani – the work was lauded as a modern masterpiece.

Its most exciting development came in the way Berlioz created a new kind of dramatic instrumental music. He pioneered the use of an ‘idée fixe’ – a theme which recurs throughout the symphony representing the artist’s impression of his beloved. Entitled An Episode in the Life of an Artist, the work outlines the story of a failed romance and has descriptive titles for each movement. In addition to this, Berlioz composed a dramatic narrative to accompany the work. Here, the stitching together of narrative and music is so vivid, precise and expressive we can almost see the drama unfold before our eyes.

Canadian conductor Julian Kuerti has quickly made a name for himself with his confident style, artistic integrity and passion for musical collaboration.