Podcast Classics for Thursday 1 May 2014 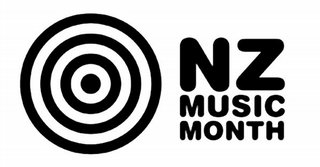 Victoria Kelly’s contemporary classical music has been commissioned, performed and recorded by many of New Zealand’s leading musicians including NZTrio, the New Zealand String Quartet, Stroma and Michael Houstoun. She has composed original music for Under the Mountain, Out of the Blue and The Lovely Bones. Her most recent projects include working with Neil Finn on "Song of the Lonely Mountain" (written for the closing credits of The Hobbit), co-composing the music for the television series The Almighty Johnsons with Sean Donnelly, and directing the music for the Opening Ceremony of the Rugby World Cup 2011.

The 2013 Mozart Fellow at Otago University, Samuel Holloway studied with John Elmsly and Eve de Castro-Robinson at Auckland University, and has taught both there and at Unitec in Auckland. In New Zealand he has received the Composers Association Trust Fund Award in 2006, held the position of composer-in-residence at the Lilburn Residence in Wellington in 2007-8, and had an APRA Professional Development Award in 2009. He is the Artistic Director of the contemporary music ensemble 175 East.

This is the world premiere recording of Toi Huarewa, from a concert during last year’s Auckland International Arts Festival. The story told is of Puiaki, trying to win back her lover Tawhiti from the jealous wind Tawhirimatea who holds him captive.

“When I began writing this piece, I wanted to create a musical world where Māori and Western musical tradition could communicate in the same language. The taonga pūoro are an aural tradition, deeply entwined with Māori culture and absolutely unique to Aotearoa and the Māori people. Western music, on the other hand, is a written tradition that encompasses the collision and intersection of many places and cultures.

I thought about the tangible things that these different traditions have in common and decided to create a myth to act as a musical form for the piece. Because Māori mythology is fundamental to the art of the taonga pūoro - and because many mythologies exist at the ancient heart of Western art - this felt like a familiar place for everyone."

To read the myth of Puiaki and Tawhiti, and discover more about this piece, go to Victoria Kelly's website

"During my research for this work, I was struck by the extremities of the scale of the phenomena considered by physics: from elementary particles to universes, the infinitesimally small to the unimaginably huge. I became fascinated too by the notion of a correspondence between the micro and the macro, an idea that has preoccupied many, from the Neo-Platonist philosophers and practitioners of Hermeticism, to William Blake (‘To see a world in a grain of sand’) – and perhaps even physicists in their ongoing search for a grand unifying theory.

Recently I have also been thinking about Powers of Ten, the 1977 film by Charles and Ray Eames, an ‘adventure of magnitudes’ from which my piece takes structural cues, and the speculative ‘cosmology’ of Romanian artist Stefan Bertalan. This work is a modest reflection on these things."