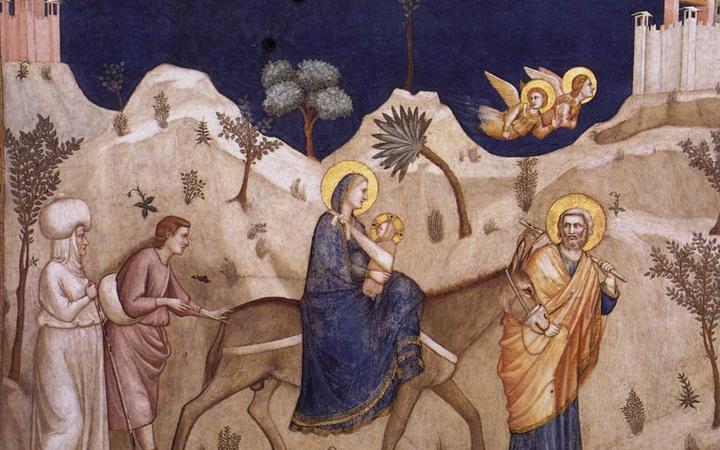 Recorded in the Barbican Hall, London by the BBC

This week we're straying from the strictly opera form and bring you a star-studded performance from London of Berlioz' oratorio 'The Childhood of Christ'.  The oratorio tells the story of the Holy Family's Flight into Egypt.

Berlioz described L'enfance as a Trilogie sacrée (sacred trilogy). The first of its three sections depicts King Herod ordering the massacre of all newborn children in Judaea; the second shows the Holy Family of Mary, Joseph, and Jesus setting out for Egypt to avoid the slaughter, having been warned by angels; and the final section portrays their arrival in the Egyptian town of Sais where they are given refuge by a family of Ishmaelites.

Berlioz was not religious as an adult but remained all his life susceptible to the beauty of the religious music that had enraptured him as a child.

It is introduced for us on the radio by Martin Handley.