Attila is a relatively early opera by Giuseppe Verdi and librettist Temistocle Solera, based on an 1809 play by Zacharias Werner. It was first performed at La Fenice in Venice in 1846. 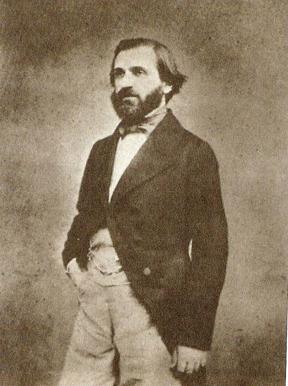 In the first scene, Attila, the king of the Huns, appears on a chariot amid the ruins of Aquileia, acclaimed by his hordes. A group of women prisoners is brought before him, despite his orders to spare no one. Uldino tells him that this is a tribute to the king, since the Italian maidens have taken up arms to defend their brothers.

Attila wishes to know the reason for such valour: Odabella, the daughter of the deceased lord of Aquileia, explains that the reason is their love for their homeland. Impressed by the courage of the young woman, Attila grants her a favour: Odabella wants her sword back and he gives her his own. The young woman is overjoyed at the idea of being able to take her revenge with this weapon at some time in the future. The king is attracted to Odabella and orders her to remain in his camp.

Then he receives the Roman general, Ezio, who promises him both the Eastern and the Western Empires in exchange for Italy.

Review of this production

Another review of this production