MUFFAT: Sonata No 5 in G, from Armonico tributo 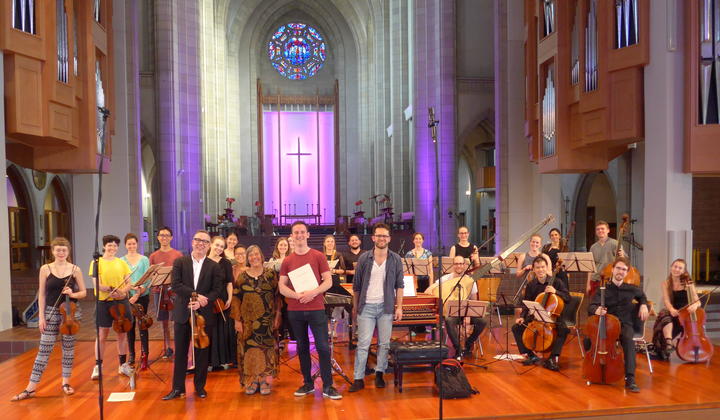 Georg Muffat (1653-1704) considered himself a German composer, but his ancestry was Scottish, and his family were settled in the Savoy region of France when he was born in 1653. As a young man he studied with Lully in Paris and with Pasquini and Corelli in Italy. His style is seen as a fusion of both French and Italian elements.