The 18-year old Richard Strauss's concerto written for his father, who refused to play it. 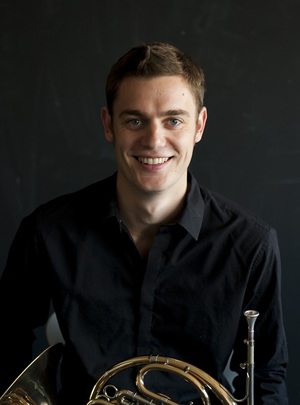 Samuel Jacobs is the NZSO's Principal Horn. He's returned after spending three years as Principal in the Royal Philharmonic Orchestra in London.

Strauss was brought up with the sound of the horn, since his father, Franz, was a professional horn player in the Munich court orchestra: in fact he’s regarded as one of the greatest horn players ever. So it’s perhaps no surprise that the young Richard should have written one of his earliest pieces for his father to play.

In fact he was only 18 when he wrote this concerto in 1885, and he created one of the most challenging and virtuosic pieces in the repertoire – so much so that his father refused to play it in public, saying that it was too difficult and contained too many high notes!

Strauss senior was a man of conservative musical tastes, mostly interested in Mozart, Haydn, Beethoven, and Schubert. So these classical and early romantic styles are reflected in the music of his son’s concerto.

Though designated to be played on a Waldhorn (“forest horn” , or a natural horn without valves), the concerto is in truth impossible to play properly on such an instrument. Perhaps it was in deference to his father, who staunchly refused to switch to the modern valve horn (capable of playing all notes of the chromatic scale with an even tone throughout the entire range) that Strauss used this term. Perhaps it was only as a private joke. Nevertheless, the thematic material distinctly recalls the style of music traditionally written for the Waldhorn, evoking as it does the fanfares and hunting calls so evocative of forest scenes.