The young Mozart writes a hit in Paris. 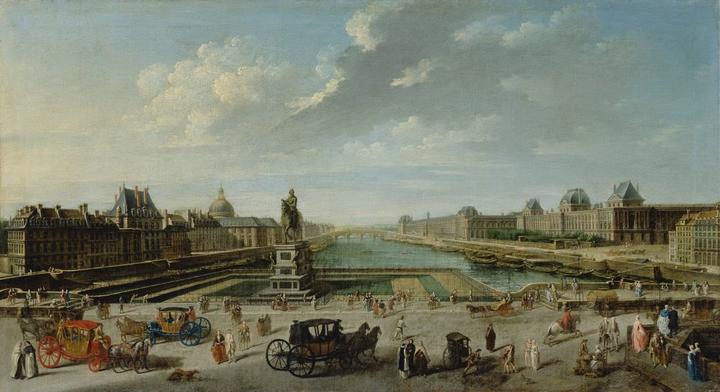 Nicolas-Jean-Baptiste Raguenet: A View of Paris from the Pont Neuf (1763) Photo: Public Domain

Continuing the theme of travel and being away from home in this concert titled 'Te Māpouriki'.

Nine years after Captain Cook’s arrival in New Zealand, the 22-year-old Mozart spent six months in Paris in 1778 in the hope that concerts and commissions would come his way and that it would be the place for his career to bloom. These hopes were to be dashed, and the trip was marked by tragedy when his mother fell ill and passed away three months after they arrived.

But this Symphony was the one notable success from this period, and it was well received by the Paris audience. Mozart enjoyed writing for his largest orchestra yet, now with a full complement of winds including clarinets.

There are three movements: a grand opening Allegro assai; an Andante; and a concluding Allegro that incorporates some cleverly-worked counterpoint.