It was in the Third symphony (known as Eroica) that Beethoven really stamped his individuality on the genre. After this powerful, liberating and heroic work the symphony was changed forever – both in scale, and in seriousness of content. 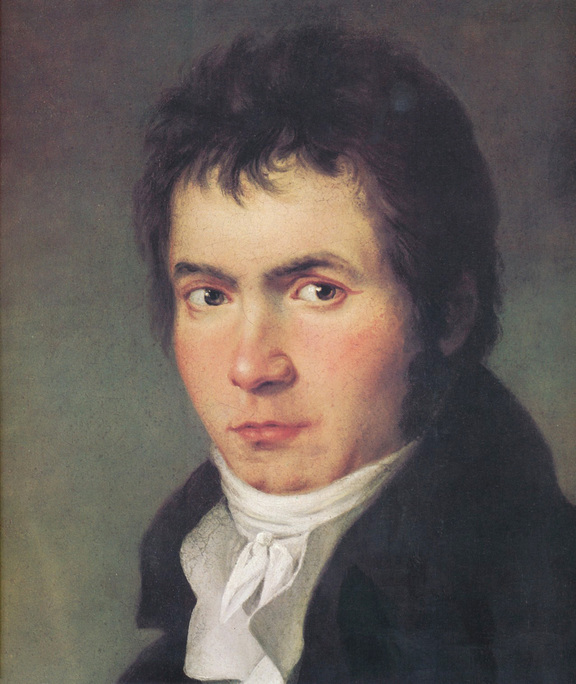 Initially Beethoven dedicated this symphony to Napoleon Bonaparte, but when he heard the military hero had declared himself Emperor he flew into a rage and crossed out the dedication with such fury that the pen went right through the paper. The General had become a tyrant - a mere mortal after all.

It’s not surprising that Beethoven was disillusioned. Napoleon had been regarded as a symbol of revolutionary idealism; he was a hero not only to the oppressed and downcast in society, but to artists as well.

And Beethoven was deliberately embracing revolutionary ideas in music: he remarked to his friend Carl Czerny that he was dissatisfied with his earlier works, and that in this symphony, wished to embark upon a new path.

He most definitely did that. The two opening chords are a call to attention – almost as if Beethoven is saying, “Listen – I have something important to tell you here”.

The first movement is lengthy, surpassing the duration of most other works up until this point. There’s one strikingly original gesture after another.

The second movement is described as the “Funeral March of a Hero”. It’s intense, with an impassioned double fugue. Here he’s not really burying Bonaparte but the Classical style in music.

The scherzo third movement scurries energetically along, with a particularly rough humour.

And the finale continues the humour, but this time stretches into the sublime.