NIELSEN: Symphony No 4, The Inextinguishable

Carl Nielsen’s Fourth Symphony celebrates “the elemental will to live”.

In the early stages of composing the work, Nielsen wrote to his (then-estranged) wife that he had “an idea for a new composition, which has no programme but will express what we understand by the spirit of life or manifestations of life, that is, everything that moves, that wants to live… just life and motion, though varied – very varied – yet connected, and as if constantly on the move, in one big movement or stream.” 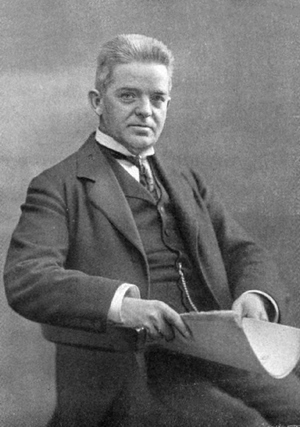 Nielsen could not have described the resulting Fourth Symphony any better. Perhaps the only element missing from this description is the violence heard throughout. Alex Ross, music critic for the New Yorker, describes the Fourth as “a melee from the first measure”, and Tom Service from The Guardian calls it “a war symphony, a document of the violence and intensity and emotion of the times in which it was written”. Service is referring to 1914-1916 with the work premiering in Nielsen’s native Denmark in February 1916, right in the thick of World War I. Nielsen wrote to a friend, “It’s as if the world is disintegrating… National feeling, that until now was distinguished as something lofty and beautiful, has become a spiritual syphilis.” Nielsen’s private life was also in tumult; his infidelity with his children’s governess led to his wife leaving him, a separation that lasted eight years, and a personal tempest that led Nielsen to describe his life as “a stormy sea”.

Even though the world and Nielsen’s life seemed to be falling apart at the time he wrote this work, the Fourth Symphony does not fall victim to despair.

Instead, the work is about the indomitability of life itself, its constant renewal, and the impossibility of life submitting to life-ending forces. This is why the symphony is subtitled “The Inextinguishable” (Det uudslukkelige) – life cannot be snuffed out, no matter how hard the world tries to end it.