Written at the end of World War II, Richard Strauss's 'Metamorphosen' has been called 'solemn, dark, and resigned music from the end of a sorrowing composer’s life.' 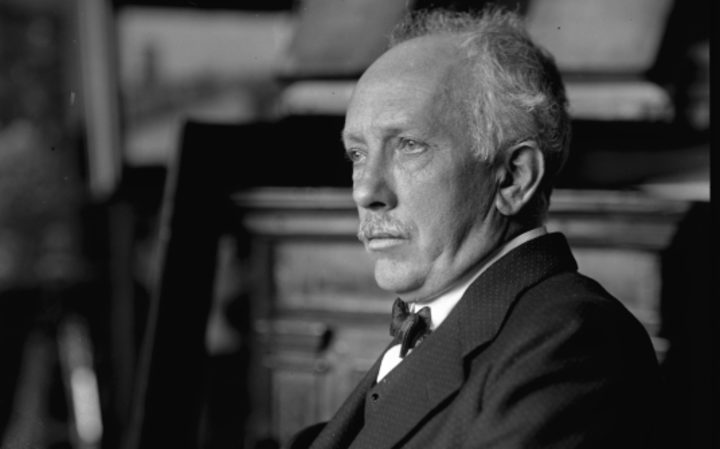 The work was composed in 1945 and captures some of the anguish of the time, both global and personal.

The 'metamorphosis' of the title is ambiguous – the composer himself never made any comment about its meaning.

It's been variously posited that it's a reference to the development of the work's motifs or an elegy for the destruction of much of Germany's musical infrastructure.

Or it could be picking up on the poet Goethe’s use of the term in old age to apply to his own mental development in pursuit of ever more exalted thinking. Strauss had been reading Goethe at the time of writing 'Metamorphosen'.

The piece came to be after a commission from the Swiss conductor and patron Paul Sacher – whose largesse went towards works by many well-known composers.

Strauss was in ailing health as WWII drew to its end and he wished to visit a Swiss spa near Zurich. Travel permission was denied by the authorities and the commissioning of this music and attending its première was Sacher's plan to aid the composer and presumably gain a valuable piece of music at the same time.

With many of the country's great opera houses being bombed into oblivion, Strauss wrote in his diary a few days after the completion of 'Metamorphosen':

"The most terrible period of human history is at an end, the twelve year reign of bestiality, ignorance and anti-culture under the greatest criminals, during which Germany's 2000 years of cultural evolution met its doom".