"I think it has a bit of everything –  it has the beautiful melodies, it has the virtuoso pyrotechnics, it's got great things for the soloist, for the orchestra. Everything about it just works." ~ James Ehnes on Bruch's Concerto. 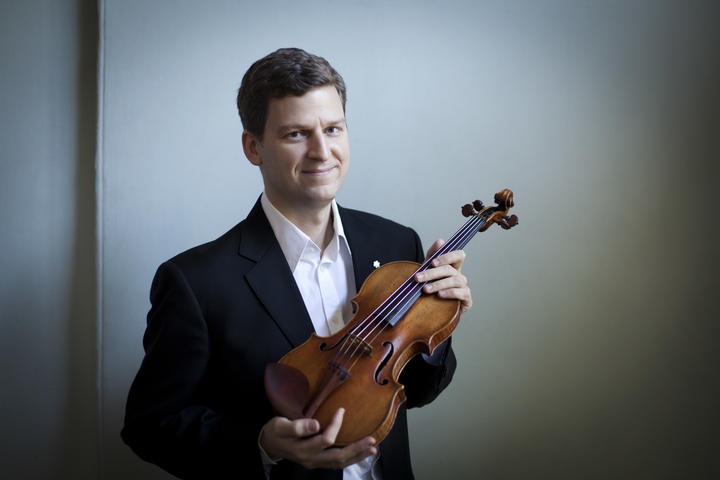 In a recent interview with The Strad, James Ehnes said: "I have a weird job – to get up there and try and communicate something to an audience... and playing a piece like the Bruch concerto is kind of a reminder of why I wanted to do this in the first place. This was one of the first violin concertos I ever played and it meant so much to me as a young person hearing this piece and I'm always brought back to how I felt when I heard the piece... it's a real opportunity and a responsibility as well to be the person to go up there and try and convince all the hundreds of people in the audience that this is something special and hopefully it can be something special for them too."

For a work that basically ended up overshadowing the rest of his compositions, only a tiny portion of its vast financial worth arrived in Bruch's pocket.

He made a short-sighted decision to sell the concerto to a publisher for a flat fee and abandon claims on any royalties earned.

However, he had kept the original manuscript, and in the tight times following WWI, with a worthless German currency, he decided to sell it in America. The manuscript ended up in the hands of a pair of piano-playing sisters Rose and Ottilie Sutro, on the understanding they would to sell it and pass on the proceeds.

Unfortunately, as Bruch's son Ewald recalled: "I was rather skeptical about the matter, but my father reassured me, 'My boy, soon I shall be free of all worries when the first dollars arrive.' The unsuspecting man just smiled. My father sustained this good faith until his death. He had neither received the promised dollars, nor had he seen the score of his G-minor Concerto again."

Bruch began the work in 1864 as a 26-year-old but was unsure throughout its composition, writing to his former teacher "My violin concerto is progressing slowly – I do not feel sure of my feet on this terrain. Do you think it is very audacious to write a violin concerto?"

The work had one outing in 1866 but was immediately withdrawn from circulation by a dissatisfied Bruch.

It wasn't until 1868 and considerable input from the great German violinist Joseph Joachim that the concerto reached its premiere.

Bruch expressed doubts that it deserved the title concerto instead suggesting 'fantasy', to which Joachim replied: "The designation concerto is completely apt. Indeed, the second and third movements are too fully developed for a fantasy. The separate sections of the work cohere in a lovely relationship, and yet—and this is the most important thing—there is adequate contrast."

Years later Joachim said: "The Germans have four violin concertos. The greatest, the most uncompromising, is Beethoven's. The one by Brahms vies with it in seriousness... the most inward, the heart's jewel, is Mendelssohn's....The richest, the most seductive was written by Max Bruch..."

In that same Strad interview, Ehnes speculates: "the reason this piece has stayed such a staple in the repertoire (while his other two violin concertos have gone in and out of popularity) is the proportions of the piece are so perfect. In a way it's unusually constructed – the first movement is not in any way an orthodox first movement of a concerto, but the way it flows into the second movement and the way the second movement, though it does end, feels like it wants to go on to the third movement...

"The piece is very flattering for a violinist – if you play it well it makes you sound good; it's fun for the orchestra to play, I think it has a bit of everything-  it has the beautiful melodies, it has the virtuoso pyrotechnics, it's got great things for the soloist, for the orchestra, everything about it just works."