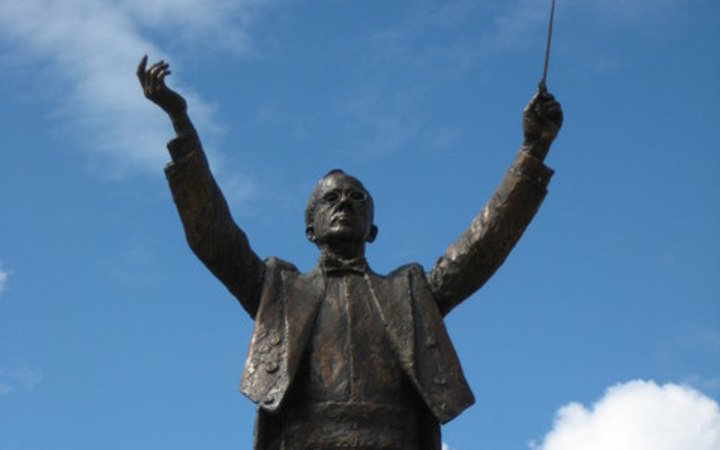 One of the most famous movements of 'The Planets' is the first: Mars, the Bringer of War. This is not surprising: its unrelenting 5/4 march rhythms matched with moody snake-like motifs winding sinisterly up and down are immediately arresting to the ear. It’s no wonder John Williams found so much inspiration in it when composing 'The Imperial March' for Star Wars. Interestingly, several hardcore and progressive rock bands have also drawn inspiration from and performed loose covers of this movement – notably Emerson, Lake and Palmer, Led Zepellin and Black Sabbath.

The second movement, Venus, the Bringer of Peace, brings immediate respite after the brutal brass tumult of Mars. A keening horn solo rises amidst gently falling wind figures and strumming harps. The orchestration is much thinner, with strings playing sustained high notes along with the tinkling celeste. This lends a glassy and ethereal quality to Venus.

Mercury, the Winged Messenger brings to mind not the planet but the Roman deity with winged sandals bearing tidings from the gods. The tune hops, fleet-footed, from violin, to oboe, then flute and celeste, before alighting amongst the tutti strings. The movement overall is bubbly and playful, juxtaposing rhythms in twos and threes to give the movement a restless flavour.

Jupiter, the Bringer of Jollity gives Mars a run for its money in terms of popularity. The movement is a joyful mash-up of boisterous dance tunes. Imogen Holst, Gustav’s daughter and a composer herself, recalled hearing Jupiter being rehearsed before its 1918 premiere and noticing the charwomen dancing in the aisles as the orchestra played the movement. These dances frame a sweeping full-throated version of the hymn 'I Vow to Thee, My Country', lending Jupiter some central gravitas before launching back into a hearty knees-up.

Saturn was Holst’s favourite of the seven movements. You might wonder why. This movement’s subtitle is the Bringer of Old Age and, from the mood of this movement, old age is slow, inexorable, and somewhat sinister. Long questioning lines of flute, alto flute, and harps shift and mutate, providing an uneasy bed for the strings. The bass begins to plod – building to what could be called a march towards death – before at last reaching a final peace and benediction.

The magician of Holst’s movement Uranus is less a wise old wizard and more a circus magician, given to bombast and spectacle, as heralded by the opening brass and timpani fanfare. But this magician might have nefarious intentions...

Neptune, the Mystic is the final movement. At the time Holst wrote this movement (1915), Pluto (until recently considered the ninth and most distant planet) was yet to be discovered, so Neptune was thought to be the farthest and therefore most mysterious of the planets from the Sun. Holst fully exploits the different colours of the orchestra’s more unusual instruments. Shivering violin tremolos contrast with the harp’s sparkling tremolos, which seem to tinkle at the edge of one’s hearing, like glass chimes. The real stroke of genius, however, lies in Holst’s use of an offstage women’s choir. Holst stipulates in the score that the chorus should be hidden from the audience and that “the Chorus is to be placed in an adjoining room, the door of which is to be left open until the last bar of the piece, when it is to be slowly and silently closed.” The women’s choir enters the work singing high and nearly imperceptibly – the epitome of the heavens singing. Imogen Holst described the “unforgettable” effect of hearing the chorus end the piece at the premiere, with “[the chorus] growing fainter and fainter until the imagination knew no difference between sound and silence.” (Notes: NZSO)