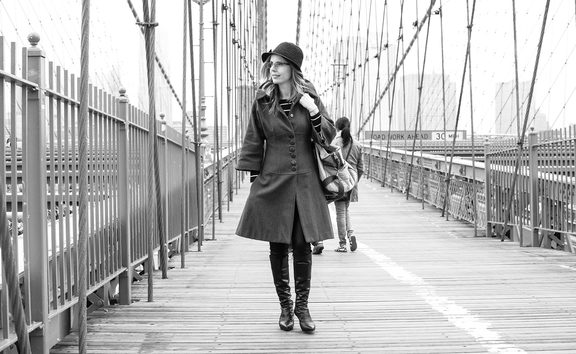 London-born composer Anna Clyne (b.1980) has enjoyed considerable success in her relatively short career. Despite being a compositional 'late bloomer', who only started to compose seriously at age 21, she has since been the Chicago Symphony Orchestra’s Composer-in-Residence (2010-2015), mentored and championed by internationally renowned conductor Marin Alsop, and in 2014 nominated for a Grammy.
One of Clyne’s most frequent calling cards is her collaborations with mixed media and visual artists, often co-creating works with practitioners of other art-forms. 'Abstractions', however, was the first time Clyne was required to write a work based on already-existing, fixed pieces of art.

'Abstractions' is made up of five movements, each based on a different artwork from the Baltimore Museum of Art.