The vivacious dance melodies of Stravinsky’s 1920 ballet 'Pulcinella' provides the basis for his 'Suite Italienne'. 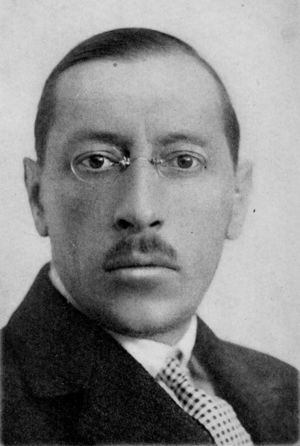 'Suite Italienne' arose from the fruitful partnership between Igor Stravinksy and the American violinist Samuel Dushkin. In the early 1930s, Stravinsky wrote Dushkin several works, including adapting (for a second time) themes from his ballet, 'Pulcinella', for violin and piano.

The Russian composer had originally created 'Pulcinella' for the Ballets Russes to perform in Paris in 1920, based on the characters of Italian commedia dell’arte. His compositional method included adapting the harmonies and textures of musical by eighteenth-century composers to his twentieth-century idiom.
Each movement depicts a different style of dance as Stravinsky moves into neo-classical style to depict a bygone era of drama. In the bittersweet Serenata, two men attempt to woo their lovers, but are instead sprayed with water by the objects of their affection. Rapidly shifting gear, the women dance a whirling Tarantella. Placed in elegant contrast to the frantic Tarantella, the gentle Gavotte presents an effusive violin melody. Syncopated rhythm and sliding chromatic shifts reveal deceit in the Scherzino. Pulcinella seems to have been stabbed in an altercation, but it is all an act to entice his lover back. The work closes with the violin amplifying the piano’s heavy chords in the Minuetto – a wedding dance and a happy ending.