The Russian master of orchestration carries us off to a fairy tale world full of colourful, exotic adventures. 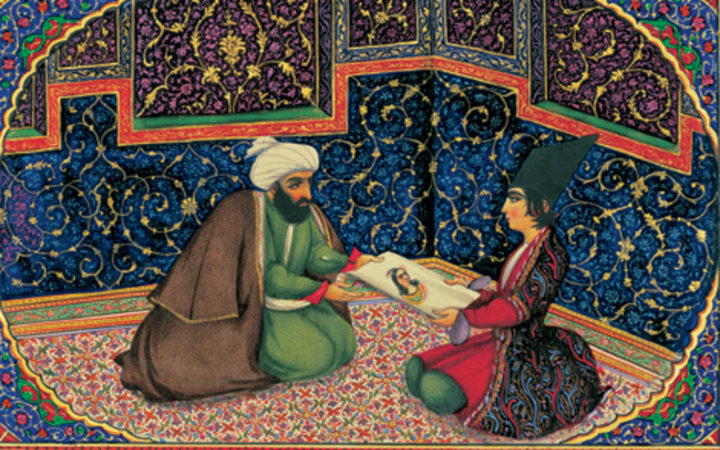 In 1888, Nikolai Rimsky-Korsakov was hard at work finishing Borodin’s Prince Igor, which he’d rescued after that composer’s death.

The exotic music must have fired his imagination because he came up with the idea of composing an orchestral suite on the subject of the stories of The Thousand and One Nights.

At the top of the score of Scheherazade, the composer set out the bare bones of the music:

The Sultan Shahriar, who regards all women as deceitful, vows to take a virgin as his new wife each day, sleep with her, and then slay her the next morning. But the brilliant Scheherazade outwits him by spinning intriguing tales, making sure she left a cliffhanger at dawn, and would only finish the next night. After the thousand and one nights, she finally wins his love.

There are four movements: