BEETHOVEN: Symphony No 9 in D minor

"For me, the Ninth is at times like a big cry. When Beethoven wrote it he was totally deaf. He was extremely frustrated by his deafness and must have been very difficult to work with." ~ Edo de Waart 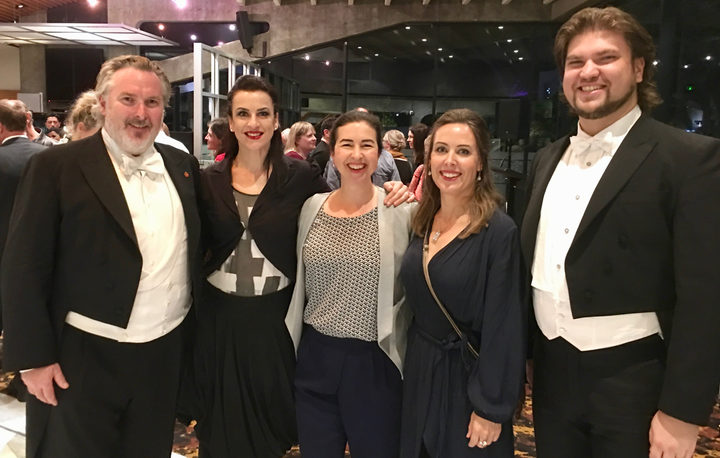 While Beethoven did not have a happy personal life, when he died three years after the première of Symphony No 9, tens of thousands of mourners turned out for his funeral. People had come to love his music.

Beethoven had previously expressed an interest in setting Friedrich Schiller’s An die Freude (Ode to Joy) to music, but as a stand-alone song or cantata, and not as a section of a symphonic work. It was only a year before completing the Ninth Symphony that he finally took the plunge and used a modified version of Schiller’s celebratory 'Ode' as the basis for his choral finale.

The première of Symphony No 9 took place in Vienna on 7 May 1824. Beethoven’s inclusion of soloists and a choir in the last movement, coupled with the sheer visceral impact of his word-setting, divided opinion.

After what was essentially a profound and sustained emotional assault, some of the first listeners (mainly reviewers) simply dismissed its fourth movement as the outpourings of a deaf lunatic.

Even those who acknowledged Beethoven’s achievement must have concluded he had pushed the form to its absolute limits. The Ninth's duration was one thing, but he was also the first major composer to incorporate voices into a designated symphony.

The finale erupts with a discordant thunderbolt that Wagner aptly characterised as 'the horror fanfare'. Cellos and double basses respond with an ominous, recitative-like sequence, but the hurricane quickly returns and seems to gain ascendancy. Eventually 'Ode to Joy' emerges in its full glory. One last switch of the tail occurs before the bass soloist makes his dramatic entrance, soon joined by the choir and other three soloists. From here onwards the drama seldom lets up. Beethoven’s setting of Schiller’s stirring exhortations to universal brotherhood produces a union and a synthesis of orchestral and vocal styles hitherto unknown. In the final section all four soloists, the choir and full orchestra join together for the first time in a gigantic double fugue, of which Beethoven was a master.

And to cap the whole, as the pace quickens so the emotional temperature begins to rise, culminating in a final, frantic dash to the finish line. With this one work, the symphony was changed forever.