Erich Korngold's one and only symphony is full of references to his dramatic scores to Hollywood films. 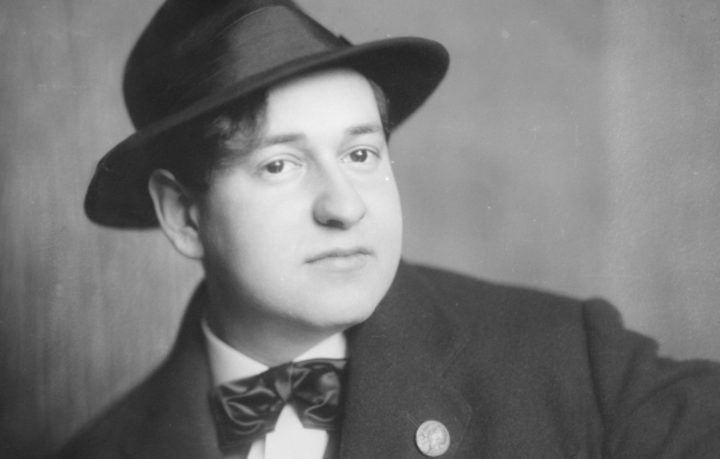 Erich Korngold’s Symphony in F# is the only work in true symphonic form in the composer’s catalogue – and perhaps his greatest post-war work, although its origins go back as far as 1919.

Perhaps because of his success in Hollywood – those great swashbuckling, lush film scores – Korngold wanted to be taken seriously as a composer. After the war he had a spurt of energy, returning to concert works, including concertos, instrumental and orchestral works.

This symphony is scored for a large orchestra, (including piano, marimba, harp and celeste plus an expanded percussion section) and is one of the most demanding orchestral works in the repertoire. It’s in a difficult key for a start – especially for the violins, and virtuosity is required from all sections.

Korngold had difficulty getting it staged, and the world premiere was given in Munich in 1972, 15 years after his death.

The music is full of references to his Hollywood work, especially the scores for Anthony Adverse, Captain Blood and The Private Lives of Elizabeth and Essex.

Korngold professed that there was no programme to his symphony, but admited that some listeners might have read into the first movement, the terrors and horrors of the years 1933-1945.

And perhaps the music also reflects Korngold’s disillusion with life in Hollywood, his sadness on seeing post-war Vienna in ruins – and perhaps even his disappointment at the growing dislike audiences were showing for the emotionalism of Late-Romantic music.

This Symphony in F# has been described as Wagnerian – and that may well be an apt description, for just after he composed this symphony Korngold set to work on the score for one of Hollywood's composer bio-pics, Magic Fire.

Conductor Dmitri Mitropoulos said in 1959 "My whole life I have searched for the ideal modern work. I have found it in this symphony."