In Hans Christian Anderson’s story, the Little Mermaid saves a drowning prince and falls in love with him. In order to pursue him, she visits a mer-witch who agrees to transform her tail into human legs but in exchange cuts out her tongue. 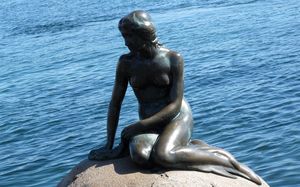 The mer-witch advises the young mermaid that if the prince falls in love and marries her, she can stay in her human form and gain an everlasting human soul. If she fails, she will die. On shore, when she learns her prince is betrothed to another, her sisters attempt to save her by offering her the merwitch's knife. If she kills the prince, they explain, she can return to her mermaid form. The Little Mermaid refuses and dies, but her selflessness earns her an immortal soul.

There is no detailed programme to accompany Zemlinsky’s score but the three movements loosely follow Anderson’s tale. The first movement begins in the depths of the sea, with wondrous bass string and brass colours hinting towards a sense of turmoil. 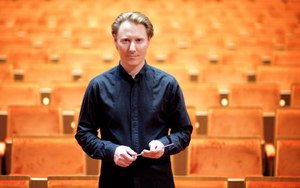 Our Little Mermaid is represented by solo violin which we hear throughout the movement as the storm arrives and she saves her prince. The second movement captures the mer-witch’s lair and the cruel exchange, while the mer-king hosts an exuberant ball. The final movement is filled with moments of quite beautiful introspection as the Little Mermaid sacrifices herself for love.

Mahler conducted the premiere on 25 January 1905 but the work was thought lost when Zemlinsky fled the Nazis in 1938. Thankfully it was rediscovered in the 1980s and is making a welcome return to the concert hall.