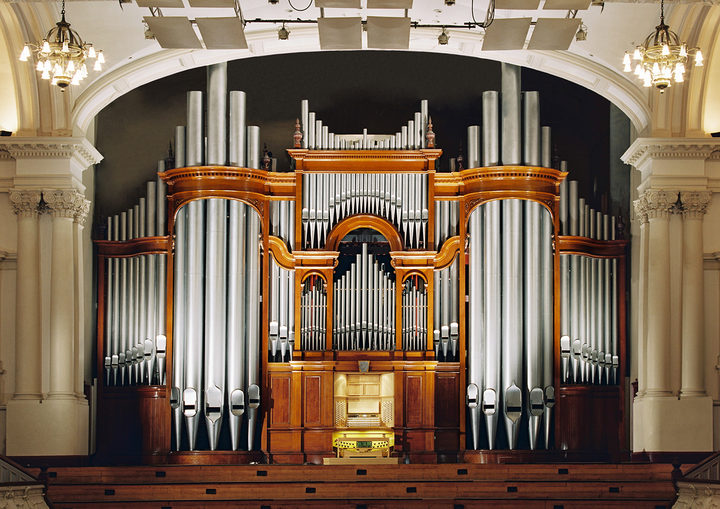 Performed by the Auckland Philharmonia with organist Christopher Wrench, conducted by Gemma New at the orchestra's Premier Series concert, Auckland Town Hall, 17 May 2018.

You might remember the theme from Babe, that tearjerker of a film about a farmer and his pig. Or if you’re the right vintage maybe it’s the 1978 hit, "If I had words". Both these owe much of their success to Saint-Saëns, and this, his last symphony with its thundering organ theme. This theme does crop up in various forms through the course of the two-movement work.

The Organ Symphony is one of the more  technically–advanced works of the 19th century – packed with innovations for the time, and for many, represents the pinnacle of Saint-Saëns’s achievements. The composer himself said 'I gave everything to it I was able to give. What I have here accomplished I will never achieve again.'