Jean Sibelius started out his career with violin; he hoped to build a spectacular international career as a performer – and as he studied from fairly early on, he soon became really pretty good. What got in the way was the boss of the Helsinki Institute where Sibelius studied, beginning to teach him composition – and that changed everything. 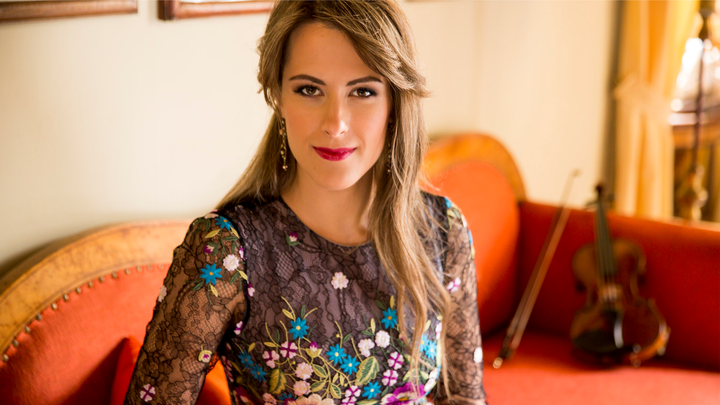 Performed by Francesca Dego with the Auckland Philharmonia, conducted by Gemma New.

Sibelius only wrote this one Violin Concerto. He would have loved to première it himself – if only his performance technique had kept up with his compositional genius.

The initial encouragement for Sibelius to write this concerto came from his friend Wili Burmester. But a scheduling snafu prevented him from taking part in the premiere, so another violinist was called in to play the solo part – but without enough preparation. The premiere was a fiasco. So the composer prepared a new, tighter version that trimmed away some of the excessively showy solo writing of the original. Richard Strauss conducted the premiere of the revised version.

Despite the early enthusiasm of  a few violinists for this revised concerto, it was slow to catch on with audiences – and it wasn’t until Jascha Heifetz took up the work and recorded it in the 1930s, that it became the popular addition to the repertoire that it is today.

Recorded at the APO's Premier Series concert, Auckland Town Hall, 17 May 2018 by RNZ