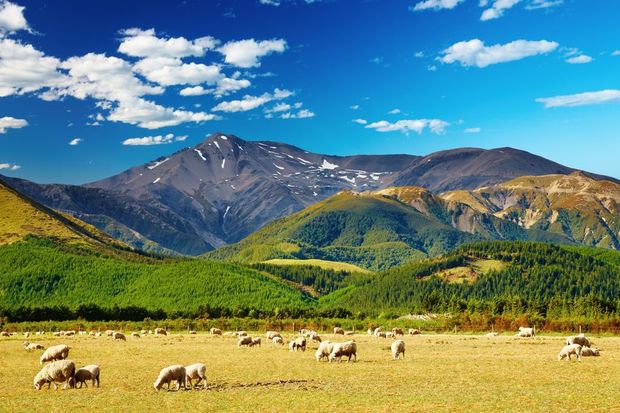 Douglas Lilburn is often described as ‘the elder statesman' and ‘the grandfather of New Zealand music’. Certainly our music would have been very different, and possibly a good deal less rich without him.

He wrote Aotearoa while he was at the Royal College in London – one of three works aiming to describe ‘his’ New Zealand and its identity – and all three received top composition prizes. Aotearoa was submitted for performance in  the New Zealand Centennial Matinée Concert held in London in 1940 to commemorate the signing of the Treaty of Waitangi.

The concert had a varied progamme. The overture was played, alongside traditional Maori waiata, a haka, two of Alfred Hill’s Maori Songs, solo classical items by Denis Dowling and Colin Horsley and a recitation.

There’s no record of any review of that concert and poor financing meant the numbers of strings in the orchestra – taken from Sadlers Wells Orchestra – were very reduced. Lilburn himself had to pay for extra violinists. Nonetheless, they played well and the work was well-received by the public, which made Lilburn’s family more happy to praise their son.

At the Royal College of Music in London, Lilburn studied composition with Ralph Vaughan Williams. You can clearly hear that pastoral voice in this music.

And the New Zealand landscape is never far away.