One of the world's most celebrated quartets takes on one of music's most complex forms. 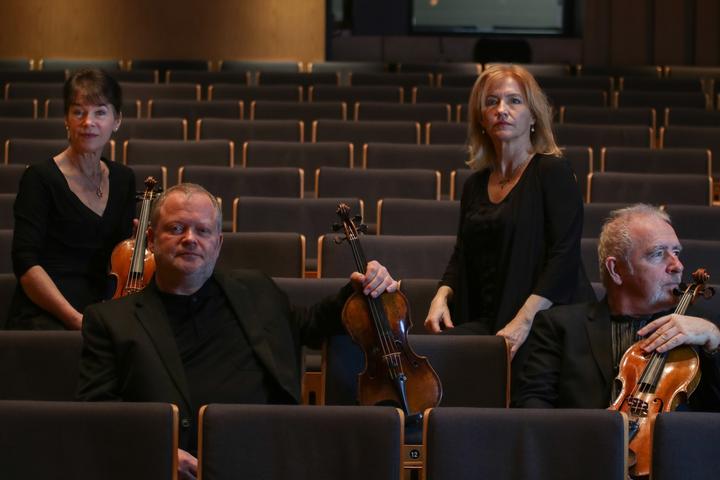 The Brodsky Quartet from the UK formed in 1972 and has been to New Zealand a number of times previously.

Violinist Ian Belton and cellist Jacqueline Thomas have been with the group from the beginning. Violist Paul Cassidy joined in 1982 and just this year, 2019, they welcomed a new first violinist Gina McCormack.

This is one of the quartet’s two programmes that they presented for Chamber Music New Zealand on this tour.

The title ‘Fugues’ tells us exactly what we’ll be getting. Bach is the supreme master. Mozart, Mendelssohn and Beethoven took their lead from him. And if Bartok’s first String Quartet contains only a very small amount of strict fugue, he nevertheless displays his mastery of contrupuntal writing throughout.