A Festival of Nine Lessons and Carols 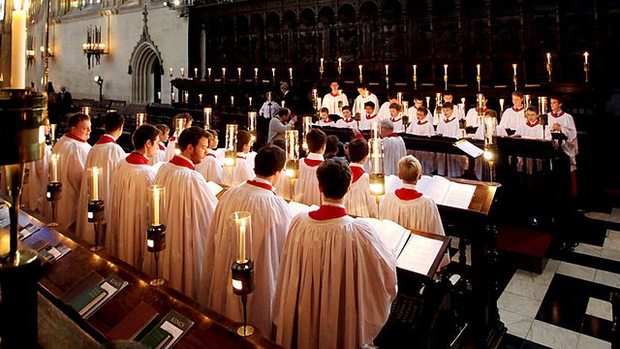 The Festival of Nine Lessons and Carols is one of the most performed services in the Church of England at Christmas. First held on Christmas Eve 1918 at King’s College Cambridge, The Festival of Nine Lessons and Carols had been planned by Eric Milner-White, who at the age of 34 had just been appointed Dean of King’s after experience as an army chaplain, which convinced him the Church of England needed more imaginative worship.

A revision of the Order of Service was made in 1919, involving rearrangement of the lessons, and from that date the service has always begun with the hymn Once in Royal David’s City. In almost every year some carols have been changed at King’s College and some new ones introduced, but the backbone of the service, the lessons and prayers, has remained virtually unchanged.

Sometime in the 1930s the BBC began broadcasting the service overseas, to an audience of millions. One correspondent wrote that he heard the service in a tent on the foothills of Everest; another, in the desert. (Source:  BBC)

For more info go to www.kings.cam.ac.uk