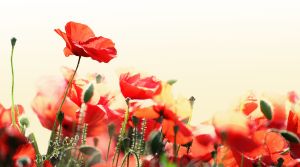 A surprisingly sanguine selection from the First World War era by five masters.

First Satie, and the joyfully surreal spin of his 1917 ballet music, Parade. Then Debussy’s Berceuse héroïque and Vaughan Williams’ The Lark Ascending, representing the beautiful in the face of the bad. The concert ends with a post-war footnote from Ravel. The world having fallen apart, he unravels the waltz in his masterpiece of deconstruction, La Valse.