"It's life's illusions I recall, I really don't know life at all" 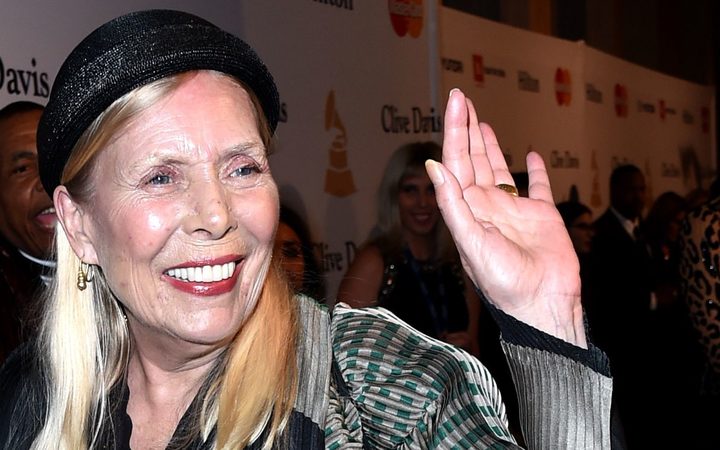 Rebecca Blundell looks at Joni Mitchell's recordings from the '90s onwards, a time where Mitchell was beginning to be formally acknowledged as one of the most important song-writers of the 20th Century.

Mitchell felt that the end of the century was a good time to reflect on the music that had gone on in the last hundred years, and for someone who was appalled with the mediocrity of the current scene, it was an opportunity to turn the clock back and offer a tribute to earlier singers and composers.

She chose songs that closely resonated with her own thoughts and experiences and that traced the stages of a relationship from beginning to end.  She also included a couple of re-makes of her own songs, A Case of You and Both Sides Now.  The album was recorded in London with a 70 piece orchestra including members of the LSO.  The conductor and arranger was Vince Mendoza, and Larry Klein came along to co-produce the recording.

Includes music from Turbulent Indigo; Taming the Tiger; Both Sides Now and Travelogue, on which Mitchell performs a selection of her own works with orchestral arrangements.

Mitchell has constantly evolved over her career, starting with folk, of which she says “I did it because it was easy, and I could make 15 bucks a night so I could smoke”. She then moved on to Rock and Roll, where she says she wasn’t enough of a druggie to fit in, then on to jazz and world influenced material, and finally into the use of classical orchestral arrangements.  Joni Mitchell cannot be easily categorized, and along with some of the most memorable artists in music history, she has not been willing to compromise her vision for critics, fans, record labels, or anyone else who has had the temerity to criticise.