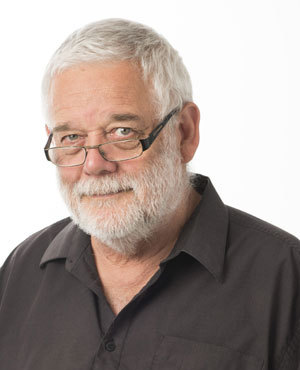 William Dart’s voice will be familiar to most Radio New Zealand Concert listeners.

In fact, his presence on the network goes back further than anybody else currently. He’s been presenting New Horizons for over 40 years now and still produces over 40 episodes each year.

New Horizons can also be heard on RNZ National during the All Night Programme, at 4.20am on Tuesday morning.

In previous times he was also one of Concert’s busiest contributors, making programmes for the Composer of the Week, The Critic’s Chair and Appointment series.

Away from radio, William is a freelance commentator on music and visual art. He’s the classical music critic for the New Zealand Herald, edits New Zealand’s foremost visual art magazine Art New Zealand, and is the founding editor of Music in New Zealand (which ran for 40 issues between 1988 and 2002). For many years, he held a Senior Lectureship at the Music Department of the University of Waikato. He is also occasionally still to be seen playing the piano, accompanying a singer or young instrumentalist in recital.

As a composer, his work is mostly for the theatre and includes the musicals Songs to the Judges and Give Us a Kiss.