The Kids are All Right

Do adults underestimate the kind of issues young people deal with daily?

Sally Gardner sees the 'Y' in 'YA' as standing for why something happens and the 'A' for an attempted answer. She is joined by fellow children’s and young adult writers Cornelia Funke, Ted Dawe (author of the no-longer-banned Into the River) and Mandy Hager, who chairs.

German author Cornelia Funke believes children are the most magical audience to write for, but says she allows adults to read her books as well. She also speaks about the term 'young adult' and what it means to her to be considered a young adult writer.

"Actually I think we're all storytellers in a way. I always try to explain that when we sat by the fire and chased away the fear of the dark with our stories. We didn't say 'Oh, I think you're 5 you have to go'. And this one is 15. You are my audience, and the others all have to go who are older.' We're all storytellers, and in a way we intend to tell for every age" ~ Cornelia Funke. 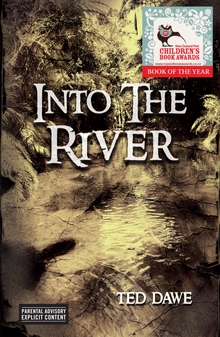 The panel discuss what is appropriate for young adult – a topic Ted Dawe has become almost a poster child for. His book Into the River was given an interim ban after the Christian lobby group Family First complained about its content, which includes sex scenes, drug use and swearing.

They want to polish out all the warts, and all the blemishes and make it shiny and remove the genitalia,  so that if the kids do pull the pants off they don't see anything. They wanna make it innocuous, and they want to chase after the last  thing that made a shitload of money - you know 'oh it has gotta be a bit like Harry Potter' but I am a social realist writer ~ Ted Dawes.

Sally Gardner also had issues with her book Maggot Moon, which features a homosexual kiss. The only place she agreed to a 'dumbing down' of the kiss was in the United Arab States. Gardner tells a hilarious tale about doing readings to young children in Singapore and being asked to censor out certain parts which are considered inappropriate.