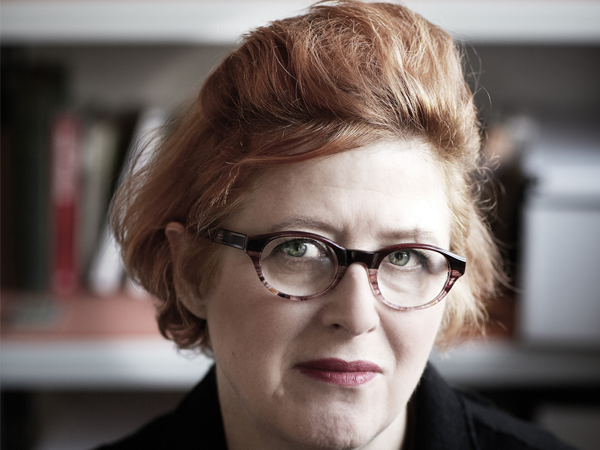 Multi award-winning British children’s author and illustrator Sally Gardner’s books, including Maggot Moon, Tinder, and I, Corriander  which have been translated into more than 22 languages.

She describes starting to write 'Maggot Moon' after trying an 'Astronaut diet' (a diet where you only eat astronaut food) and how she created the main character within the story who is a dyslexic boy called Standish Treadwell, Gardner says she used heavy imagery to express how he's dyslexic rather than using bad spelling.

Gardner also talks about having a moral core within her books.

Can we go to the 'selfie' the 'selfie' sums up this whole generation 'look me, me ,me, me against this background,  what about me? it's me who matters most'  I got to thinking about men in the first world war who were 21 who never got to be 'me' who never got to be anything, and the bravery, and actually in the end i thought about love and people sacrificing themselves for love and in the end i believe that is the truth of us not the 'me, me, me'  and the 'selfie' and so i wanted to do that.

She also explains why she makes her chapters so short, and has a delightful question and answer session with the audience.