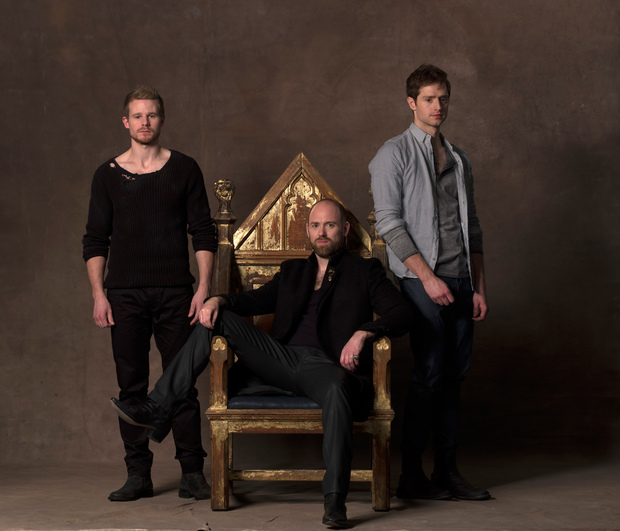 Is this a masterpiece? I think it might be.

If James I was a great work of modern drama, the cycle of which it forms the first act is even more so: an overwhelming, utterly involving, experience. After 7 ½ hours in the theatre, having seen James II and James III yesterday, what I immediately wanted to do was to see all three plays all over again.

It’s a breathtaking achievement – three interlaced works tracing the inter-generational story of the three Stewart kings of Scotland in the 15th century. But Rona Munro’s script offers far more than a simple chronicle, just like the Shakespearean history plays in whose company this trilogy now proudly stands.

The mood of each play is immensely varied. The theme of what kingship means and how it can be learnt and exercised is common to all three performances, but James II is more introspective, and James III bracingly sardonic. With a modernity emphasised by the deliberately anachronistic 20th-century costuming, it presents a bold conclusion to the trajectory of the two earlier plays.

There are rhythms of plot, characterisation, and staging which make watching the full cycle a delight. Seeing action echoed from one play to another, seeing roles across the different plays speak to each other because of the actor they have in common, seeing the motifs of staging repeated and tweaked, is a constant pleasure.

Imagine a pick-and-mix box of chocolates without the peppermint or coconut ones – all filled with flavours you like – and you have grasped my dilemma in picking out individual performances for mention. The casting (and the fleet-footed direction of that cast by Laurie Sansom) is beyond reproach.

The result? Performances major and minor to savour, but the scale of the major roles is such that some names at least must receive an honourable mention. Daniel Cahill is in dazzling form as James II, beginning with his night terrors as a six-year-old, and growing in power as a young adult to exact final revenge on a childhood friend who threatens his kingship.

That power, so lusted after, so bloodily fought for in the first two parts of the trilogy, turns poisonous in the final instalment. James III opens like the fourth act of The Winter’s Tale to sunny warmth and laughter, in a world from which the chilly exercise of power seems to have been expunged.

Like Leontes in Shakespeare’s play, however, the third King James reveals himself as wayward and impetuous, mistreating his wife in ways which have an astoundingly contemporary resonance, and revealing his disdain for the toil which kingship entails. Matthew Pidgeon is impeccably partnered here by Malin Crépin as his wife Queen Margaret, making the most of the emotional range presented to her by the script, which is lucid and intelligent throughout.

Again and again, despite the Game of Thrones machinations of the plot, the actors deliver characterisations which seem utterly contemporary, utterly true. It’s enthralling to see the young Jamie (Daniel Cahill again), the heir to King James III, rise to grasp the power so casually tossed aside by his father.

The staging of the cycle concludes with an echo of its beginning, but with a new emphasis on the fragility of human ambition, and a note of humility. Thought, emotion, and image fuse in one unforgettable scene suggesting that under the coronation regalia is a flawed individual who is aware of his own shortcomings, and determined not to repeat the sins of his father. It’s a remarkable grace note on which to end.

In the afterglow of the production I’m finding it almost impossible to find a fault with this show. (Yes, all right, there were occasional crackles to be heard from the radio mikes worn by the actors, but that’s about it!)

To schedule the James Plays is a triumph for the Auckland Arts Festival. If you love theatre, you must go, lest you find yourself in the position of those not fighting with (Shakespeare’s) Henry V at Agincourt. After all, what did he have to say about those absentees?

“Gentlemen in England now a-bed, shall think themselves accurs'd they were not here.”