Nauru is a small, uplifted coral limestone atoll, about 4 km across and 5 km in length. Its barren interior plateau has extensive deposits of phosphate from centuries of bird droppings. It is believed to have been settled by both Micronesian and Polynesian voyagers about 3,000 years ago. Their descendants belonged to one of 12 matrilineal tribes or clans on the island.

The first European contact occurred in 1798 between a British whaling ship and a flotilla of Nauruan canoes. The British captain named it 'Pleasant Island'. From the 1830s, whaling ships visited the island to re-supply and trade with Nauruans, including the introduction of guns and alcohol which resulted in a decade-long war between the 12 clans and the almost halving of the population from approximately 1400 (1843) to 900 (1888).

In the mid-19th century German traders on the island agitated for the protection of the German government. Major imperial powers, including the United States, were competing for colonial acquisitions, and following an Anglo-German Convention, Germany annexed the island in 1886.

Rich phosphate deposits were discovered and mining started in 1906. Nauru remained a German colony until an Australian force took over in 1914 - a legacy still evident by the use of German first names by many Nauruans.

In 1919, following the First World War, Nauru became a mandated territory of the League of Nations with Australia as the administering power - with Britain and New Zealand as co-trustees. The three governments formed the British Phosphate Commission which took over the lucrative phosphate industry.

In the Second World War Nauru was attacked by both German ships and Japanese aircraft and, in 1942, was captured by Japanese forces. Nauruans suffered heavily during the war, approximately 1200 being sent to work as labourers in Truk/Chuuk where at least a third of them died. Remaining Europeans were executed by the Japanese. (A war memorial specifically referring to atrocities during the war remains to this day.)

Australian forces recaptured Nauru in 1945 and in 1947 it became a Trusteeship Territory under the United Nations, again administered by Australia with Britain and New Zealand as co-trustees. The British Phosphate Commission re-established the phosphate industry and large-scale exporting resumed.

Pressure for independence – and phosphate compensation

In the 1950s Hammer deRoburt, a leader of chiefly status, emerged as a political leader who advocated autonomy for Nauru. First in the locally powerful Nauru Local Government Council and then later in a new Legislative Council, DeRoburt became a powerful advocate of independence.

Mining operations caused such devastation that Australia proposed the resettlement of Nauruans on an island off Australia’s northern coast, just as the Banabans had been resettled on Rabi in Fiji. DeRoburt rejected Canberra’s proposals and after hard bargaining he obtained Australian agreement to full independence, which was formally achieved in 1968. Hammer DeRoburt became the first president of the new republic.

In 1970 control of the country’s one valuable resource passed from the British Phosphate Commission to the Nauru Phosphate Corporation. Phosphate returns, for a short time, gave Nauruans the second highest per capita GDP in the world. During the 1980s debate intensified over compensation for the environmental degradation that had devastated much of the island, and the issue of rehabilitation of mined land.  Nauru was seen by many as the Pacific’s prime example of colonial exploitation. The farming fertiliser consumers of New Zealand and Australia benefitted enormously from the cheap phosphate.

In 1989 Nauru began legal proceedings against Australia in the International Court of Justice. In 1993 a settlement was agreed, providing for A$107 million for Nauru, with Britain and New Zealand contributing A$10 million towards the settlement. However, declining phosphate returns and financial mismanagement brought the economy near to collapse in the late 1990s.

1999  Nauru joins the British Commonwealth and the United Nations

2002  Nauru establishes diplomatic relations with Taiwan, switching back and forth between China and Taiwan in the following years; relations currently with Taiwan 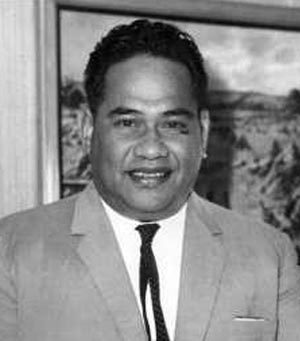