Kiribati is a small country – its 33 coral atolls have a total land area of 810 square kilometres - but it spreads over a 3 million square kilometre economic zone of ocean. Its three island groups, Gilberts, Phoenix and Line, straddle the equator and the date line, giving this nation of 100,000 people a genuine reason to be called a 'global centre'.

The Phoenix and Line groups have never been permanently settled, but for 3000 years Micronesian people have successfully survived on the meagre land and rich sea resources of the 16 Gilbert Islands. Over most of that time, the atoll dwellers were left alone to harvest coconuts, grow taro in sandy soil and catch an abundance of fish.

To passing mariners (including Sir Francis Drake in the 1580s) the islands were only navigational hazards until the nineteenth century when foreigners landed in search of turtleshell, pearls, copra and labour. Between 1830 and 1870 men were taken by blackbirders to slave work in Peru's salt and silver mines and the cattle stations of New South Wales. But the trade did not flourish. Micronesians live by the sea and after a week on the dusty Australian plains the hardy conscripts walked back to the coast and waited for mission ships to bring them home.

Home was tough and demanding. Competition for land led to frequent inter-island raids, rape, murder and invasion; feuding villages and the few European missionaries and settlers lived in fear of sudden reprisal. In 1892, after sailors from HMS Royalist had ended one such battle, the British Government declared the Gilbert Islands to be a protectorate and, to widespread satisfaction, fighting and feuding ceased.

Eight years later, the Colonial Office granted the Pacific Islands Company an exclusive licence to mine recently discovered phosphate on nearby Banaba. Although illegal (Banaba was not included in the Protectorate until 1916) this act was to have profound consequences for the future of the Gilberts/Kiribati.

In 1908 British officials moved from their first capital Tarawa to Banaba and in 1916 the Ellice Islands (now Tuvalu) and Tokelau were incorporated into the Gilbert and Ellice Islands Colony (GEIC).

For the first half of the twentieth century, the colony's islands were administered by their unimane (elders) and Kaubure (councillors) under the direction of Island Magistrates and British officials.

Generally regarded by the British as a backwater of Empire, GEIC was to attract some international attention with the publication of A Pattern of Islands, Arthur Grimble's tales of a District Officer's life in Micronesia written with what's been described as "an attractive self-denigration, uncommon in the British Colonial Service".

Others with an interest in the colony were British and Australasian farmers who imported phosphate mined from Banaba (Ocean Island). In 1913, the Banabans succeeded in claiming greater compensation and royalties for the benefit of their community while the Colonial Government also gained by increased mining licence revenue. This arrangement continued after 1919 when the British Phosphate Commission (owned by Britain, Australia and New Zealand) replaced the Pacific Phosphate Company, continuing to employ many Gilbertese as labourers.

By 1945, when their island was no longer habitable, Banabans had built up sufficient funds to allow most of them to re-settle on Rabi, an island they had bought in Fiji. The colonial government had also put revenue into a development fund, the balance of which would eventually be passed to independent Kiribati.

On December 10 1941, three days after Japan's attack on Pearl Harbour dragged USA into World War Two, Japanese forces landed on Tarawa. Most Europeans fled to Fiji; the remaining few were executed. The Gilbertese (I-Kiribati) were forbidden to move from their atolls as battles raged across Melanesia and Micronesia, finally reaching the colony in 1943 when American troops landed on Tarawa's Betio Beach and drove out the Japanese. Mementos of that awful battle still remain.

The 1950s brought the first moves towards self-government in the form of a Colony Conference, at which Gilbertese from many walks of life recommended policies and projects. Control still lay with colonial officials but Gilbertese people were being introduced to government business. Executive and Advisory Councils were established.

In 1965 the Gilbertese National Party was calling for faster change and two years later its leader was first among the 18 elected Gilbertese and 5 Ellice Islander members of the new House of Representatives.

Progress to independence was delayed by two questions: (1) should the Gilbert Islands and the Ellice Islands remain together and form one nation? In a referendum Ellice Islanders voted for separation and became Tuvalu in 1978. This was a year earlier than their I-Kiribati neighbours, who still had to resolve the second delaying question: (2) should Banabans (most of whom had become citizens of Fiji) get a larger share of revenue and compensation from the phosphate mining industry, and be represented in the Maneaba ni Maungatabu, the new nation's parliament?

"Yes" was the answer in both cases and in 1979, just as Banaba's phosphate deposits were exhausted, the Gilbert Islands became the independent nation of Kiribati.

1983  US Treaty of Friendship ratified by the US Senate

1995  Legislation enacted moving the international date line to the east 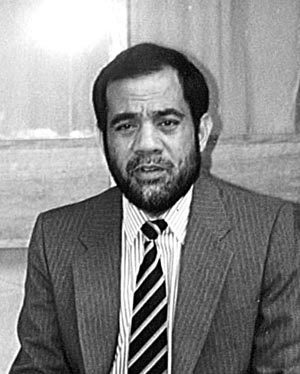