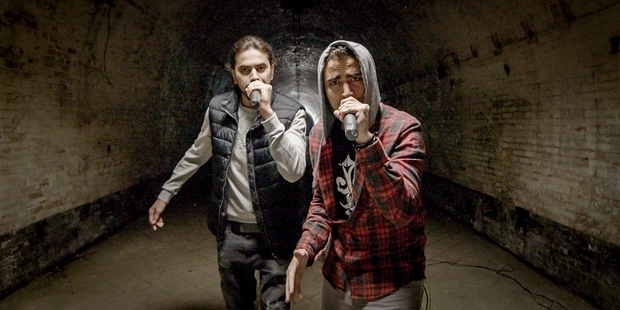 Syria's Refugees of Rap, two of the many performers featured in No Man's Land by John Psathas Photo: Supplied

No Man’s Land is the creation of acclaimed New Zealand composer John Psathas and a dedicated team of people  who, over a period of two and a half years, realized a ground-breaking audio-visual commemoration of World War 1.

“We basically had this idea that the musicians of today would go on a parallel journey of the soldiers of a 100 years ago, and so using imagery and the filming that we’ve done, you have archived content that shows the soldiers leaving home on boats and arriving in these destinations and at the same time you have film of musicians of today arrive in the same location…100 years apart” - Composer John Psathas 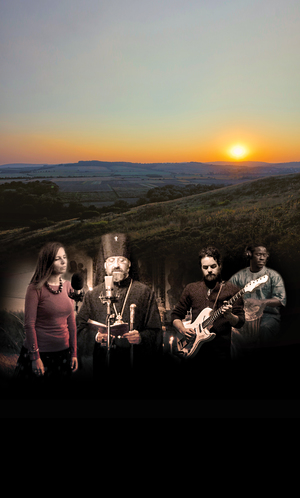 Over 150 musicians from 25 different countries were involved in the project. The logistics involved in arranging musicians representing opposing forces of the Great War - coming together on the battlefields of World War 1 to make music together - were immense and involved a dedicated team of people, including cinematographers and audio engineers.

Once completed, this unique film, complete with music was projected on stage during the performance, augmented by seven live musicians on-stage, including three Kiwi musicians, the Asia Minor Trio from Greece and another musician from Poland.

No Man’s Land - a commemoration of the Great War - is an incredibly powerful and thought provoking multimedia “love letter to peace”.