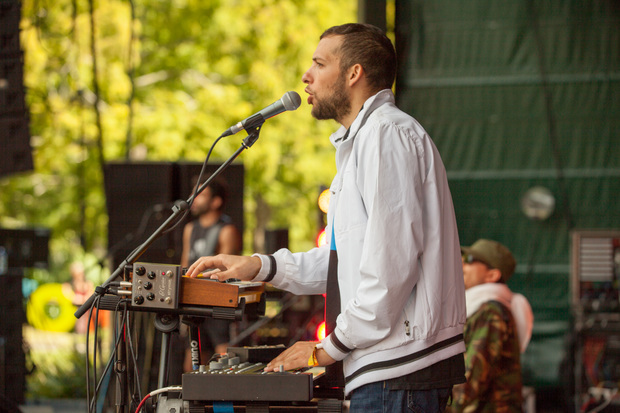 The opening act on a beautiful Sunday morning at WOMAD 2016 was 47Soul, a four piece band with members originating from Palestine, Jordan and Syria. 47 Soul formed four years ago and these days the band resides in London.

Given that 47Soul are a still relatively unknown in New Zealand, they performed a high energy set before a respectable sized crowd assembled to see the band on the Bowl Stage.