What is touring really like for a band nobody’s heard of?

In this six-part video series for The Wireless, music impresario Ian Jorgensen a.k.a. Blink of A Low Hum, details his experiences of the musical underground around the world, speaking with musicians, promoters and venue operators in China, America, Europe, the UK, Australia and New Zealand. 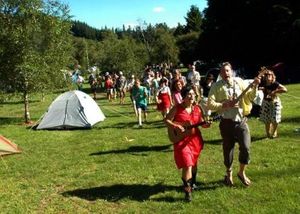