Interview with the finalists in this year's awards.

Interviews with the finalists in this year's awards.

Novelist Charlotte Randall has set 'The Bright Side of My Condition' on one of the isolated subantarctic Snares Islands, where four criminals are set down for a year, but not picked up for a decade.

From Standing Room Only on 2 February 2014

Anne Kennedy introduces us to Go Go Sligo, a seamstress who reveals the often scandalous stories behind the holes in the clothing brought in for repairs. The novel is called The Last Days of the National Costume.

Eleanor Catton holds an MFA from the Iowa Writers' Workshop, where she taught creative writing as an adjunct professor in 2010, and now lectures in creative writing at the Manukau Institute of Technology. Her second novel, The Luminaries, is published by Victoria University Press.

The author of a novel about some lesser known aspects to the life and death of novelist Thomas Hardy. The novel's called Max Gate and it's published by VUP.

Caoilinn Hughes is an Irish-born New Zealand-based poet who combines the creativity associated with the written word with the precision connected with science. Her new collection of poems, Gathering Evidence, won the 2012 Patrick Kavanagh Award, and poems from the collection won the 2013 Cúirt New Writing Prize, the 2012 STA Travel Writing Prize and the 2013 Trócaire / Poetry Ireland Competition. 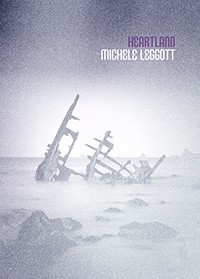 Michele Leggott is a former New Zealand Poet Laureate (2007–2009), and in 2013, Michele received the Prime Minister's Award for Literary Achievement in Poetry. She teaches at the University of Auckland and coordinates the New Zealand Electronic Poetry Centre.

In Heartland she continues to explore themes of light and gathering darkness, through her own loss of vision, and through other people's stories.

Vincent O'Sullivan discusses his latest collection of poems, Us, then, published by VUP, and how his move to Dunedin has found its way into his writing.

Author of 'New Zealand and the First World War' commemorating the centenary of the beginning WWI.

The art of early tourism and its place in this country's art history with art historian Warren Feeney and editor Peter Alsop. Promoting Prosperity: The art of early New Zealand advertising is a Craig Potton publication.

Wellington writer best known for his 2006 novel Mr Pip; his new memoir, A History of Silence, explores his family history and the city of Christchurch.

New Zealand art curator and writer, and author of Peter McLeavey : The Life and Times of a New Zealand Art Dealer.

From Saturday Morning on 09 November 2013

Historian David Grant with an in-depth look at the Prime Minister who served for just two years but whose legacy has endured decades after his death.

Senior writer with the New Zealand Listener, who won best magazine feature writer at the 2013 Canon Media Awards, and has just published Tragedy at Pike River Mine: How and Why 29 Men Died.

From Saturday Morning on 16 November 2013

New Zealand's state houses from the 1930s and 1940s were built modestly and built to last. They symbolised egalitarian values, and the importance of family and community. Bill McKay talks to Wallace about the enduring value of state houses.

Paul Adamson is a passionate outdoors man and former school principal who's written a book on hunting and fishing for kids. The Beginners Guide to Hunting and Fishing in New Zealand is published by Random House. 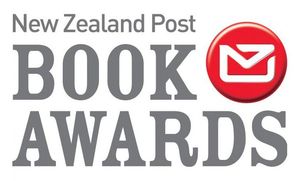